I’ve never been in such an organised city as Tokyo.

Challenging or necessary, considering its 37 million of citizens.

Tokyo, as most big cities, seems to contain various cities in one. The Shibuya neighbourhood [see picture] where neon lights and continuously crowded streets look like New York’s Time Square quadrupled, and fast forwarded; whereas in the Ueno neighbourhood, characterised by the Ueno-Koen Park, time seems to have stopped in an oasis of green and peace. Moreover both are totally different from the more centralised neighbourhoods where the outdoor market of Tsukiji contrasts with the shopping street  of Ginza, or the ancient Imperial Palace versus the Skyscrapers of Marunouchi.

The way(s) to get around

Nevertheless, the subway connects the entire city in a remarkable peaceful and hyper organised way. Even though taking a ride on it feels like walking into a can of sardines, a supersized one filled until the top, discipline and order prevent you from feeling claustrophobic. Silence never sounded so loud.

Additional to public transit walking and biking is promoted by the city, which you can notice on the crowded sidewalks, pedestrians bridges and cross points. Nevertheless, in several streets cyclists and pedestrians have to share the sidewalk, which looks dangerous to me, however it seems to work out. I wonder if this has to do with the disciplined Japanese culture, resulting in ordered and peaceful sharing of the public space.

[Later on, I’ll write about what happens in other cities, where alternative transport is not sufficient, and hence, where traffic congestion takes over, and air pollution and green house gasses are poisoning men and nature.] 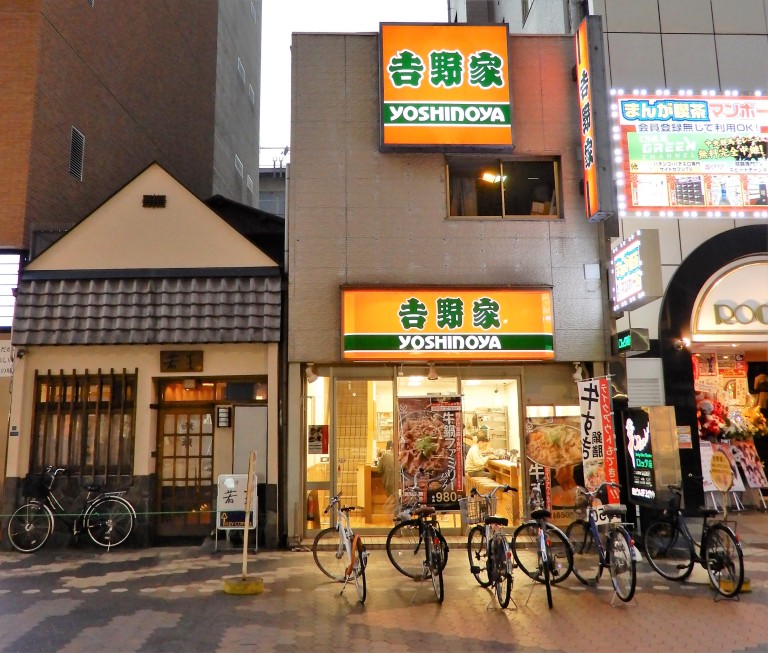 Eventually, transport is not the only damaging and challenging factor for a city’s sustainability, moreover when it comes to the emission of air pollution and green house gasses. In the beginning of the 21st Century about half of Tokyo’s CO2-emissions where caused by the industrial and commercial sector, hence the Tokyo Metropolitan Government decided to address this pollution source by introducing Japan’s first cap-and-trade system* in Tokyo. Even though emission trade systems* are used in other regions as well, such as the European Emission Trade System (ETS)*, creating one on urban scale is a unique story.

The goal of Tokyo’s cap-and-trade system is to reduce the emissions with 25% by 2020. In 2016 the covered facilities already achieved a reduction of 26% compared to the Base-year 2000.

Nevertheless, Tokyo’s cities and subways are still characterised by crowds wearing mouth masks. Air pollution isn’t gone (yet), but don’t confuse that often these masks not only serve to prevent air pollution invading the human body, but often they are used as well to prevent spreading germs and diseases, crucial where as much people as in Tokyo live together. This amount will increase significant in 2020, when Tokyo hosts the Olympics, however that’s for the next post.

*Cap-and-Trade or Emission trade in short.

Generally, a cap-and-trade system exists out of two parts: cap and trade; however the specific criteria and conditions depends on the specific system.

As a result this kind of systems is often criticised, because it delays the necessary investment in reduction measures of the most polluting sectors, such as cement factories, energy generators based on fossil fuels, and others. Therefore, setting a strong cap, and controlling and punishing measures, in addition to high carbon/ credit prices, are necessary to prevent that ‘buying credits/carbon’ becomes more attractive than investing in reduction measures.