Lima, the capital, the biggest city of Peru, where 1 third of the Peruvians live, and where you can find more differences in one city than in some other countries in total. Moreover, where it becomes awkward clear how sustainability and segregation go hand in hand.

I’m two weeks in Lima now and still, every day, I discover a place that is totally different than what I’ve seen here before. There can’t be more opposites in one city, I reckon. From the residential area where I stay, over the old colonial city centre, towards the richest neighbourhood San Isidro, with a detour via the more touristy and fancy areas of Miraflores and Barranco where I feel in Hollywood.

The differences are so profound, it feels like crossing a border when walking from one neighbourhood into another one. Not only when it comes to a level of poverty, safety, and type of buildings, but as well when it comes to sustainability.

In the old city centre, the theme of sustainability looks quite absent; to get a way through as cyclist you have to thrust on the goodwill of the cars that you are sharing the road with. Whereas in San Isidro – claimed as the most sustainable district of Lima – all bins have an encouraging message, nice parks are constructed, and cyclists can enjoy safe and separated cycling lanes.

Miraflores has separated bike lanes as well, whereas nice and huge green spaces provide the neighbourhood with an air purifier, necessary considering the huge amount of traffic in the streets. Barranco has no separated bike lanes, but due to the small streets and the lower amount of traffic it is safe and pleasant to bike on the road. But some areas don’t have any of these facilities at all

The city grows and grows, eventually making people construct houses on the mountain sides, in vulnerable areas, where landslides and floods might pull the houses down in a second.

The city does has resettlement program, to relocate these people to safer and more sustainable areas, south of the city. But would this be enough? Since the city is growing, even more nowadays, because the Venezuelan migration, and the overall flight to the city, as economic and intellectual centre of the country.

I wonder how the city will manage it, and soon I will find out that there is no such a thing as ‘the city’. When it comes to sustainability, it is every neighbourhood for its own. And this is where segregation influences sustainability. 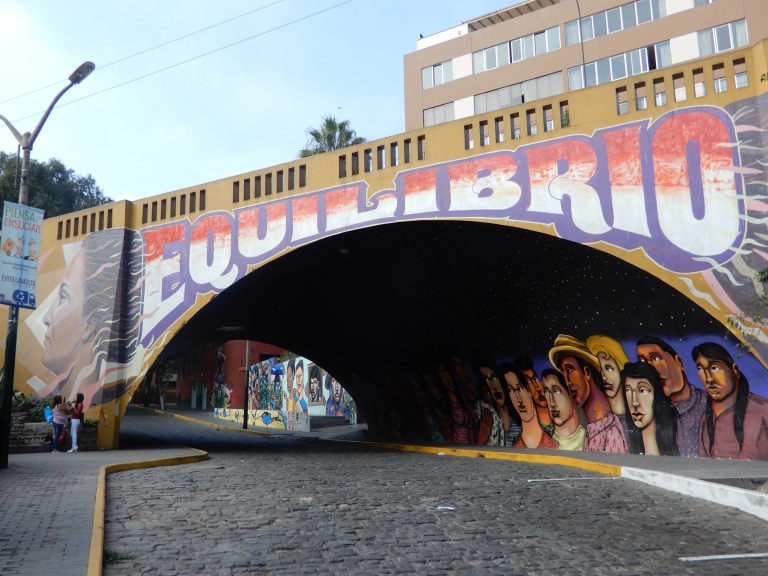 Social segregation means that in cities people of the same income class tend to live together, forming various neighbourhoods based on their income levels. Since political the city of Lima is divided in various districts, people pay taxes to their district, instead of to the City. Because of the economic differences between the inhabitants, and hence the differences in the amount of taxes payed, the districts have different economic resources to invest in their neighbourhood. Making that the wealthiest districts able to invest in more than just basic needs, such as sustainability, whereas the less wealthy districts can only invest in the basic needs of their citizens, making sustainability as an extra topic, that can’t be addressed nowadays.

It becomes complicated to get someone to talk to me about the topic, but eventually they will, confirming my hypothesis.