A boat takes me from the shore to the islands in the lake of Titicaca. Besides the natural islands, such as Taquile and Amantani, the highest lake in the world has another uniqueness to unveil: the floating islands of the Uros.

Hidden in the bushes of reed in the middle of the lake, the Uros people once created these floating islands to hide themselves from the Incas. Escaping to be enslaved they found their salvation in the lake, from mother earth to mother lake, as the lake originally was called in Quechua. 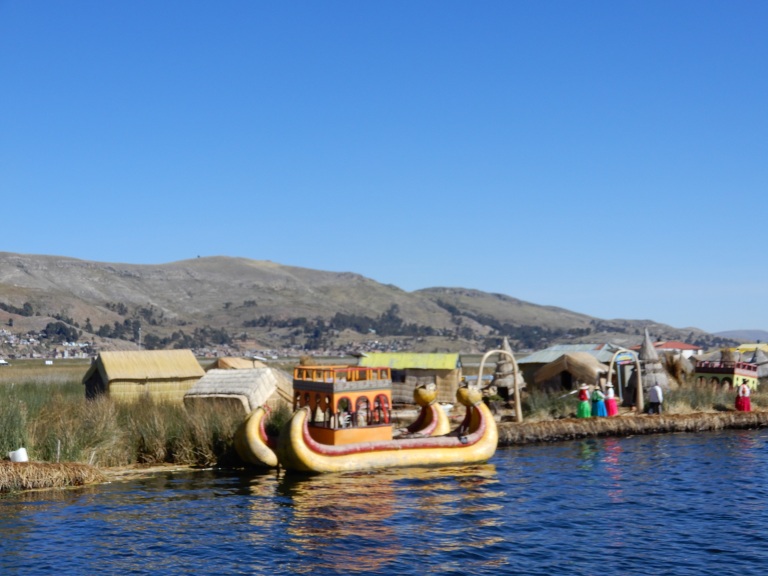 How the floating islands are constructed is genius. The Uros waited for low tide to cut out blocks of roots of the bottom of the lake, which miraculously float and reconnect after a while. On top of that they laid layers of reed of certain amounts, with a certain time interval and in a specific direction form. After more than 1 year of patience and construction this technique resulted in a new piece of liveable land, or a floatable island.

Unfortunately, these islands only last 35 years, after which the natural materials used for the construction are too far rotten and no longer liveable. Since they are natural materials, the inhabitants just push the old island in the reed, back to where it came from, and construct a new island.

Most of them are likely to move 3 times and start all over again 3 times with new houses, and even new land, since the Uros have quite a bit a high life expectancy, however the humidity marks the elderly with rheumatism.

Since they live at artificial islands, there are no natural resources to sustain the islanders. For their agricultural products they have to go back to the mainland, which is the same for medical and other necessities.

The pigs half walking, half swimming around in the reed demonstrate the theory. On the other hand, they have water in abundance, nevertheless it has to be boiled first, and even then, I’m not sure how purified it is, watching the overload of (touristic) motor boats, spilling their gasoline in the water.

Moreover, it was not until last year that some islands have started experimenting with sceptic tanks for their toilets, obvious how it was without the tanks.

The most genius part of the islands is the solar energy. Every house has its own solar panel, delivering local and sustainable energy without having to be dependent on the mainland or on petroleum. The same goes up for the natural islands in the lake, in Taquile for exemple plenty of streetlights are lighted by their own solar panel and many houses use the sun as energy source as well. Social, economic and ecological sustainable! 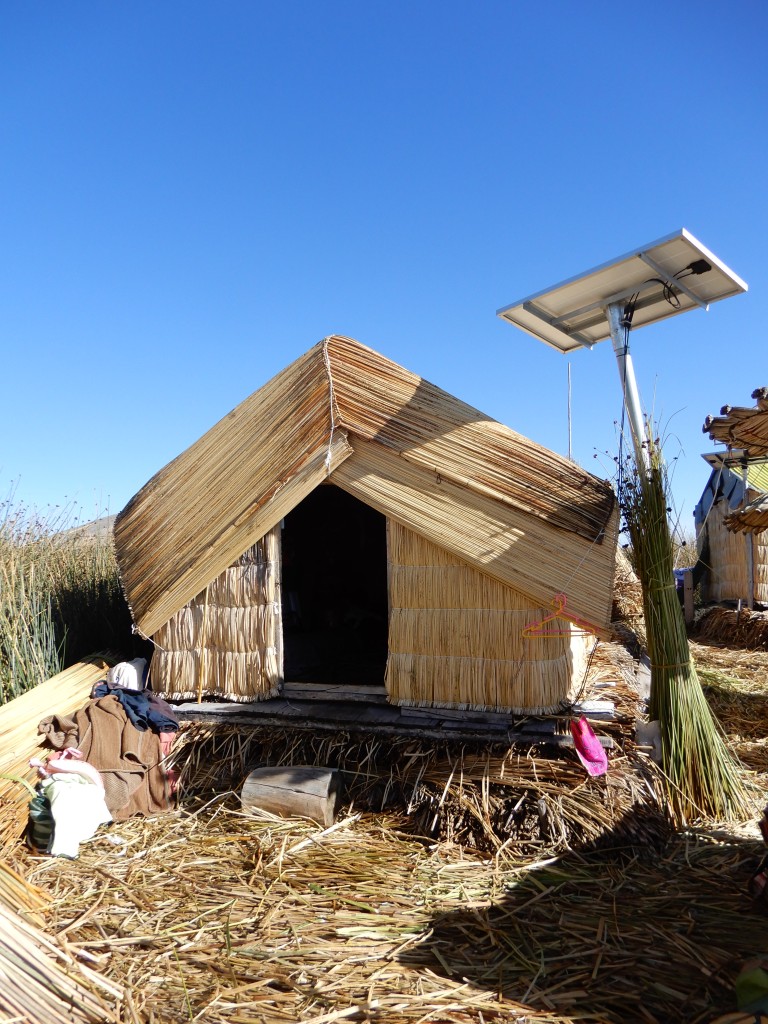 Crossing the Lake Titicaca, I feel Peru leaving behind, and heading to Bolivia, but that is for the next post.