Besides the cable cars in La Paz, Uyuni reminds me of a ski-resort as well, and not only because of the cold.

It is cold as ice when arriving at night in the city of Uyuni, it is freezing, and I’m definitely not prepared. A little stove, and a cup of hot tea have to warm me up before heading into to that part of Uyuni where I came for.

Many people who ever been to Bolivia will know Uyuni for sure, it must be the main touristic destination of the country, due to its unique landscape. Which is white, white as snow, and as far as you can see, even driving on it for days will still keep you in the middle of the white mass, not being able to see anything else. 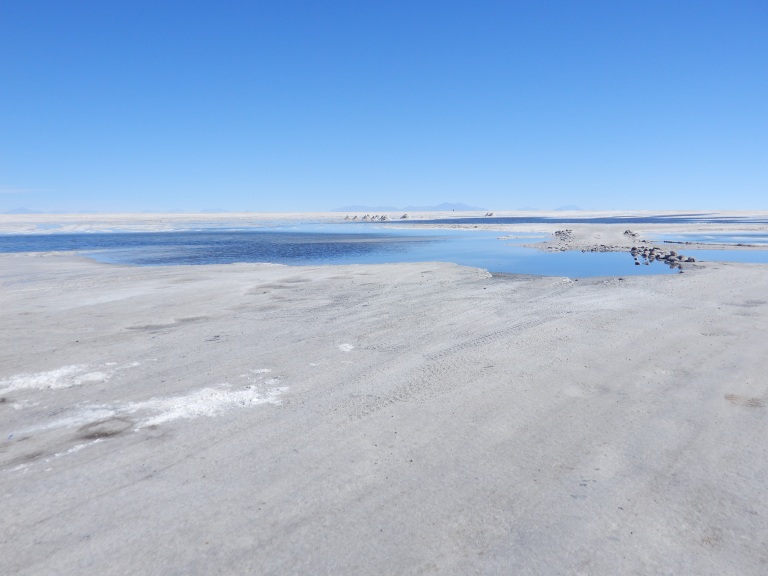 But what many people don’t know is what is hidden underneath this white beautiful salt flat; the liquid in which lithium is stored under the ground. Now we are there, this is what makes the site really interesting. The white surface where people walk on, is formed by the salt that remains after evaporation of the brine, the lithium-containing liquid, which contains other salts as well.

It has been here since history, the 70% of lithium reserves of the world, under the earth of Bolivia’s Uyuni salt lake. Nevertheless, today it becomes inconvenient to watch the innocent mass exposed to the air, the biting cold, the heaps of tourists, and moreover, in the backyard of the little village between the salt lake and the city of Uyuni.

The global demand for lithium is on the rise, since lithium is the main raw material of lithium-ion batteries, which is the dominant energy storage technology at the moment. Not only used for electric vehicles, or energy storage of renewable energy sources, but it is right in front of you as well: in your smart phone, in your laptop, in your iPod. Name it, it is there.

Mining, however, always has an impact on the localities where the process happens, in terms of people, planet, and profit. Often big foreign companies set in, extract the resource, and leave the local people behind, with pollution of soil and water, without money for their work in the mines, and with health problems due to the unhealthy working circumstances. Not a lot of good comes out of the extracted regions, but the wealth of the few foreign companies exploiting the local communities.

Nevertheless, president Evo Morales pledged this has to be different for Bolivia. He only wants to let in foreign companies if they work together with the Bolivians, no neo-colonialism, he says. 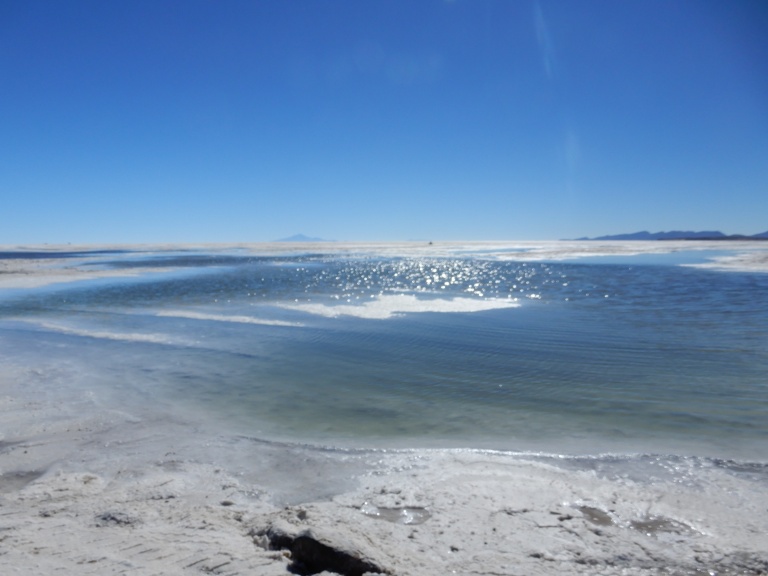 Political leaders are one of the main factors in preventing neocolonialism, companies settling in and consumers on the other hand have an important responsibility as well. Creating awareness about the practices and controlling the supply chain from the very beginning until the end, in terms of respecting social, ecological and economic aspects of the process are crucial. Many companies start setting up specific programs to guard their supply chain, but if they would be enough is but the question. Moreover, why wouldn’t they invest in local companies, and exporting batteries as such, creating additional-value, jobs, and a local economy, rather than just giving the ‘gold’ away?

Watching the white gold in front of me, I hope it doesn’t become another black episode in the history of Latin America, where more lithium is stored in Chile and Argentina, however, that is for the next posts.