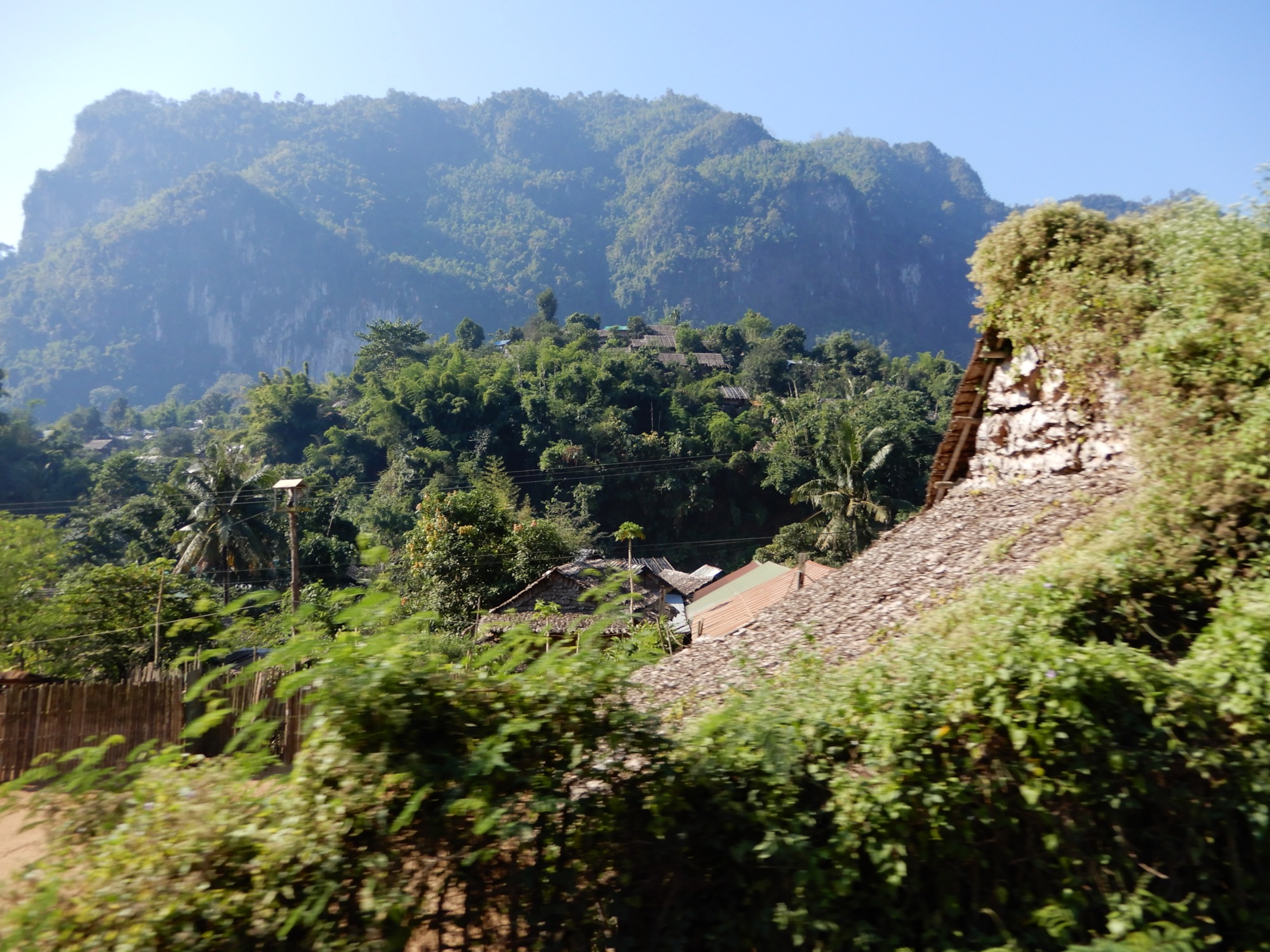 Out of the cities, into the nature, out of the core of Thailand with Bangkok as its bouncing heart, into the border area, hopping from Mae Sot over Mae Sariang, to Mae Hong Son.

On this road it becomes clear to move out of the centre, from the capitals – the new in Bangkok, and the old in Sukhothai – , to the border zone with Myanmar, on which lots of interesting stories are to tell as well; albeit I would run out of time to do so, and it would keep me too far of my core investigation domain.

Just think boldly, border zones are mixed zones, since borders are but lines drawn on maps, but seldom drawn based on human realities. Moreover, border zones are often conflict zones, because of the previous remark, and because of people tend to move, according to the dynamics of their lives, and of the national situation behind those borders; however, countries seldom take a dynamic approach on their borders, forcing people to stay behind the line; regardless what that line actually means.

The same applies for the border between Thailand and Myanmar, it is a mixture of cultures, but of freedom rates as well. It is a highly militarised zone, with control posts every now and then, asking some people for their documents, while others are not even looked at.

Borders, nationalities and identities, are all well-defined concepts of merely undefinable contents.

Eventually, in the last village I’ll pass, Mae Hong Son, I’ll end up visiting a bamboo bridge hanging over the rice paddies. At this time of the year, the bridge might seem an unnecessary, but beautiful, way to cross the fields. They are dried up, the rice is harvested yet, and the remaining golden alms are ready to get burned or collected.

But in the other phases of growing rice, the bridge is a very convenient and pleasant way to cross the inundated rice fields, up to the temple on the hill. The view is beautiful and it brings me a little bit closer to what I’m working on regarding the rice paddies. But that is for later on.

[The last picture is taken in Mae Sariang]