One of the new World Wonders is located in the Philippines, moreover nearby Puerto Princessa. The Underground River will become yet another tourist hotspot on the island of Palawan, which houses the famous El Nido as well. But tourism can easily become terrorism.

The army invaded the beaches of Borracay as in another Pearl Harbour, however they were no soldiers to fight to, but trash to clean-up. Borracay became the victim of its own success. The tourist hotspot had even to be closed to give the island the time to recover, the army to clean-up and the beaches and the local people to calm down. Tourism can easily turn into terrorism.

Stepping up Before it is too late

Of course, other islands in the Philippines feared the same destiny as Borracay did, some out of environmental concerns, others out of economic concerns. Since many islanders drive on tourism for their business, a closure of business for a couple of months would be devastated.

Fact, the beaches are clean and the visit to Puerto Princessa Underground River is extremely well organised. Tourists don’t get the possibility here to trash nature, especially not in the caves of the World Wonder. 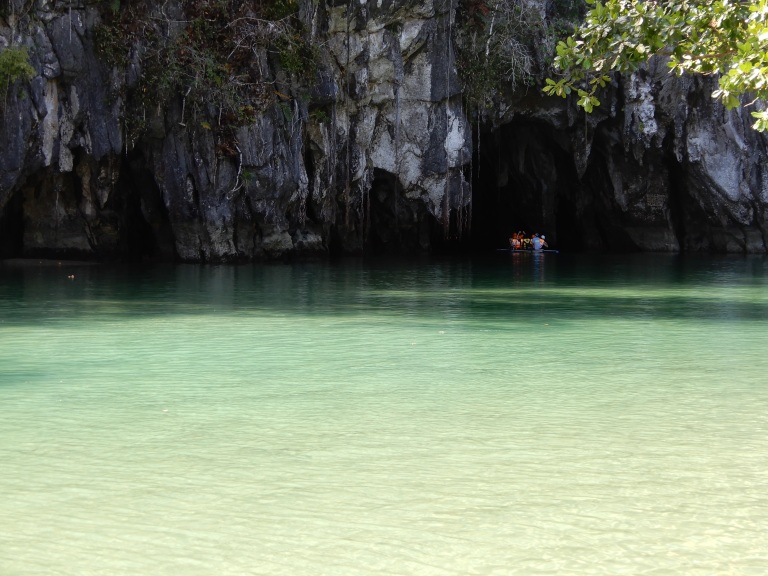 Further North on the island is yet another tourist hotspot, called El Nido, which is known for its beautiful natural structure similar to Halong Bay in Vietnam, yet another World Wonder of Nature.

But El Nido is – to me – terribly trashed by tourism. No single meter is not used for resorts, hotels, restaurants, shops and other commercial activities aimed to tourists. Tours to the lagoons and the islands are available at every corner, while every corner of the lagoons is taken by tourists. She said they would only allow a limited amount of people going there a day, but the reality does not turn out to be that way.

Passing through El Nido, every single meter which is not yet occupied by buildings is already taken by construction sites. The city is exploding, and I’m not sure if that is a good case for the local environment.

Hopefully the local government will indeed monitor the process of exploding tourism cautiously in order to avoid the same destiny as Borracay and give nature and local communities the time to recover; and reduce the impact of tourists as much as possible.

Therefore, I prefer not to stay at this inferno, and head out to the other side of the island. Worlds could not be more different, but that is for next blog post.