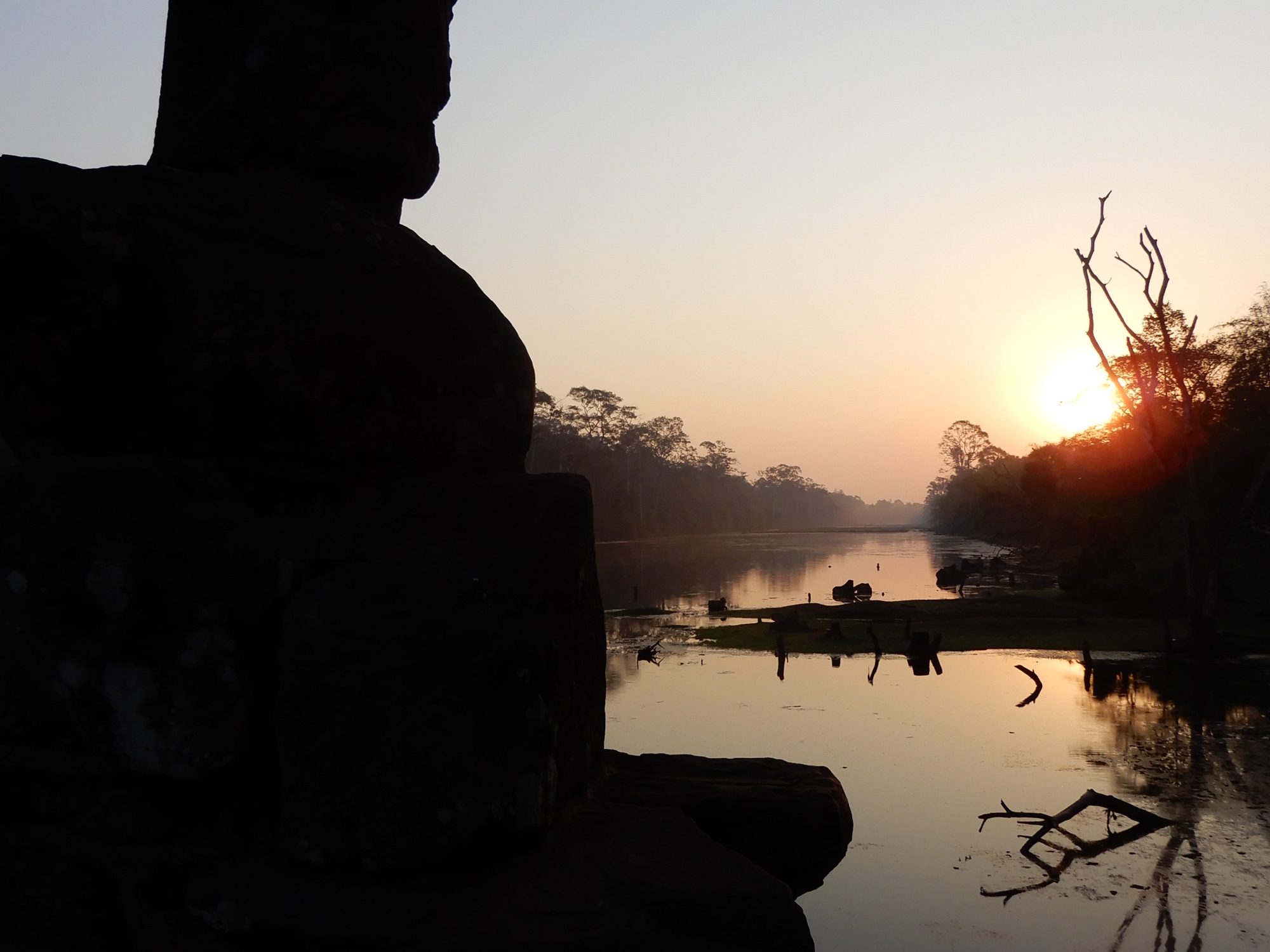 100 is a special number because it is both small – only one 1 and two zero’s – and large – ten times ten. It means a new beginning – back to zero –,  and the round-up of 99 previous items. This is the 100th post of my project From Tokyo to Rio (and back). And especially back.

After having been a year in South America, I started this journey on climate change in South-East Asia in Thailand, travelled to Malaysia, got off the continent to the Philippines and landed back in Cambodia to travel up North to Laos and head South again to Indonesia, on my way to Australia and New Zealand.

So, it is time to make up a balance, to connect the dots and look back and forward. What have I been looking into? What am I overlooking and what am I looking forward to? Here are my 10 take-aways on this project.

I’ve been traveling now for let’s say three years around the world, and everybody I talked about the topic of climate change, has seen the climate in their hometown changing in a few decades only. The ones that did not, admitted not having paid attention to it.

If you would look back now at your childhood and try to remember the weather – for instance my memories of cycling home with frozen hands in winter because temperatures dropped below 15 degrees below zero are still very vivid, whereas nowadays the temperature never drops below -15 degrees Celsius anymore at all. Moreover, I can remember how we made snowmen, which I haven’t heard of the last couple of years. I remember August or July being a month full of rain; if august was dry, July would be the rainy month and vice versa. Whereas, at the moment of writing –  May – my country experiences severe droughts as it did last summer and the summer before. They are even talking about cutting off water supply. Imagine, in a country that is known for its rain. And yet I am talking about a small, manageable country with only 10 million inhabitants. Imagine how the story would go in larger countries with even less natural rainfall and other complicating factors? 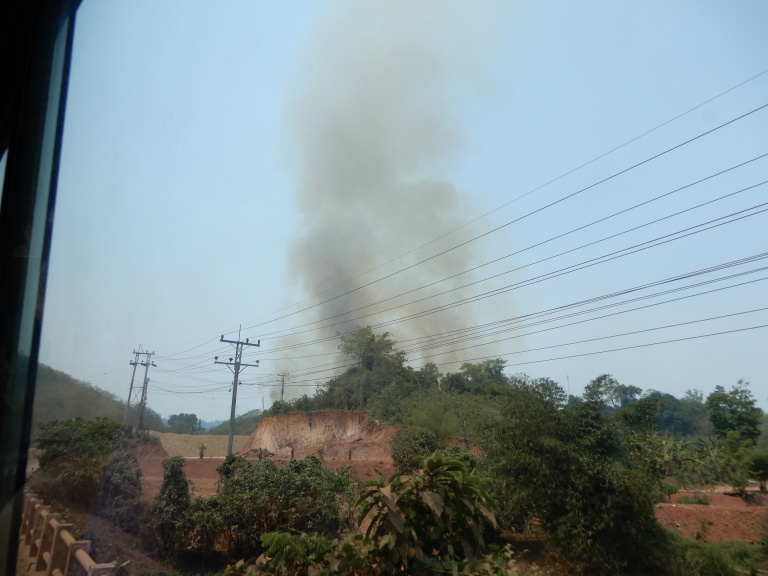 (Forest fires due to slash and burn strategies in Laos)

Water brings me to the oceans, especially since most of the big cities I’ve visited are located at the coastal lines. I love the ocean and it brings me peace of mind when watching at it. Watching all the people around me during sunset convinces me that I’m not the only one finding peace here. And I’m not even talking about swimming, sailing, surfing or diving.

The ocean means life, the ocean produces oxygen for us and cools down the earth. As such, the ocean is crucial in making the earth livable for us, human beings. At the same time, the ocean houses a marvelous world of sea creatures, from coral to fish off all kinds and colors.

The ocean means life, yet we are killing the oceans with global warming, which results in ocean acidification and coral bleaching, and with pollution. The ocean means peace, but nowadays it looks like a warzone. The entire ecosystem is at the brink of a collapse. Coral is dying so fast it cannot recuperate naturally anymore; in the best-case scenario we could save less than 10% of the world’s coral. Less than 10%. If one would tell you, your survival chances of an illness are less than 10%, you would take a gasp and do whatever you could to get the most out of that 10%, wouldn’t you? Why don’t we do the same for the oceans? 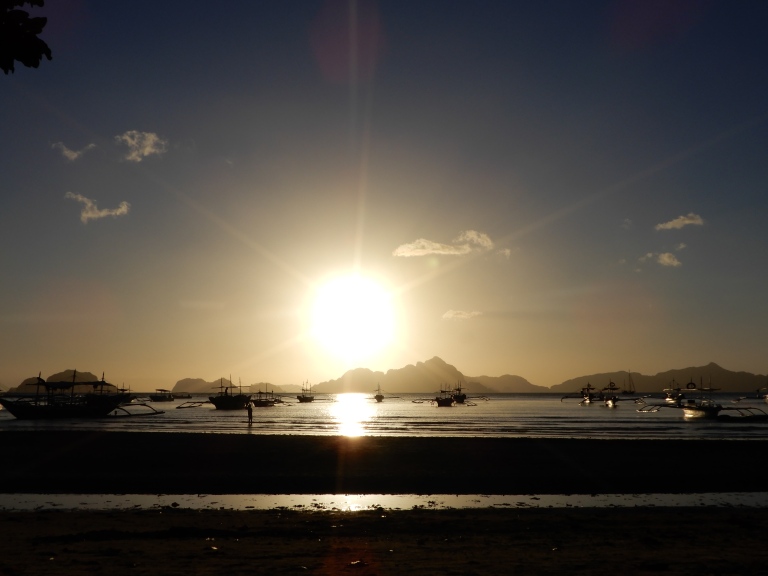 In addition to climate change, oceans are filled with plastic. Rivers wash plastic into the oceans. It gets stuck in coral and in fish’ stomachs. It ends up in our stomachs, not only making the fish ill and dying, but maybe us as well?

After the Blue Planet documentary and iconic people standing up for the oceans, plastic is on the global agenda. There are beach clean-ups, some went even viral on social media. I joined Trash Heroes in Cambodia and talked to the girls of Mimic Ocean in Indonesia. They are inspiring, motivated and here to change! Please join them whenever and wherever you can.

But we need more, we need plastic bans all over the world, and they have to be more ambitious, controllable and forcible. We need the industry to change, to reduce plastic packages, and we need us to reduce plastic consumption.

Actually, there is only one solution: get rid of plastic now! The good news is that we can. There are amazing innovative technologies out there to replace all plastic with real biodegradable materials, yet guess why they are not adopted by the Big Plastic Producers? 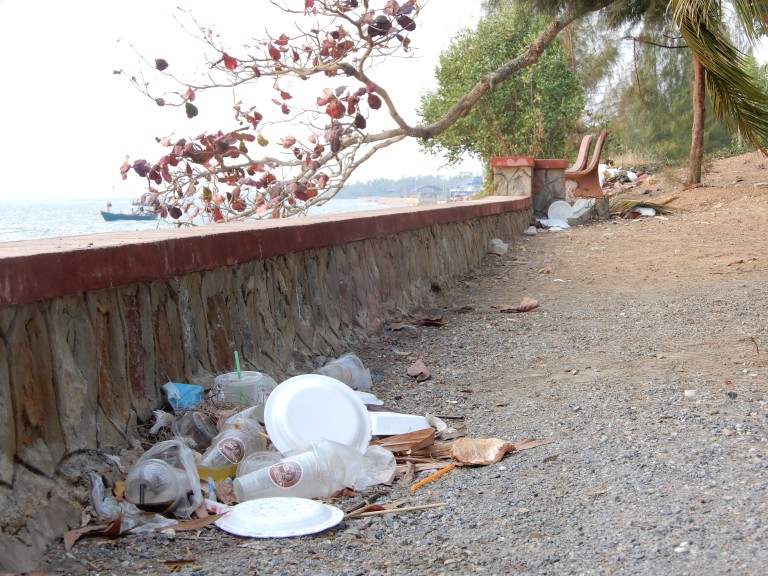 Plastic brings me to petrol, to fossil fuels. Although we all know the shadow sides of fossil fuels, they still make the world go around. Not because there are no sufficient alternatives, but because this world does not want to change!

Here is why we should get rid of fossil fuels: 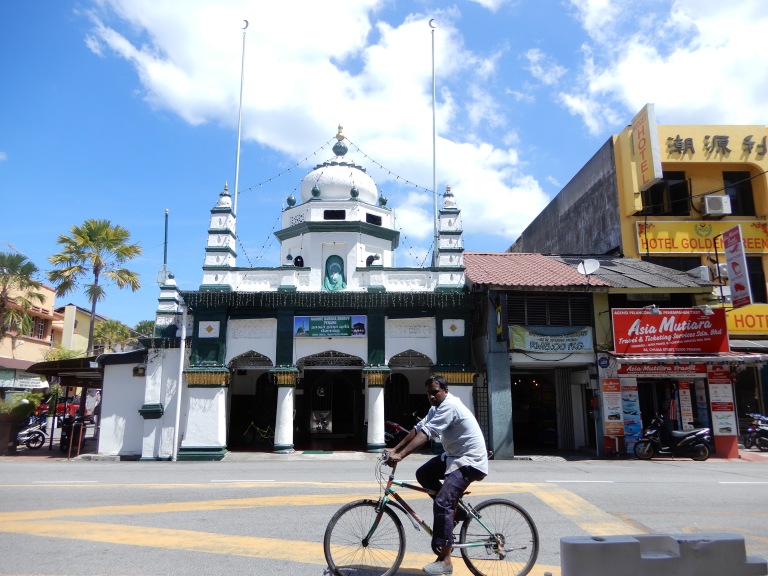 (Cycling in Malaysia rather than driving?)

The energy transition, limiting climate change and adapting to climate change should all be on the agenda. Moreover, in cities these topics are getting increased attention, from diesel bans to ambitions to go carbon neutral by 2050. Yet, they have to start thinking more of adaptation as well. The world’s largest cities are located at the shore of rivers and oceans, with the rising sea level they will turn into sunken cities as Atlantis by the end of the century.

Writing this post, I am in Jakarta, the capital of Indonesia, where the president is considering to replace the capital. Although the rising sea level is hold as one argument, the real arguments are the rising population, the sinking city from within – due to its ground water drilling all over the city, on which I’ll write more later on – , traffic congestion, air pollution, and overall  unsustainable ways of growth.

Yet, more cities should consider profound adaptation strategies – think of the Netherlands’ dike system – or relocation strategies as no money, no lobby and no geopolitical power will save them when the ocean washes through the streets – ask New York Citizens in the aftermath of hurricane Sandy. 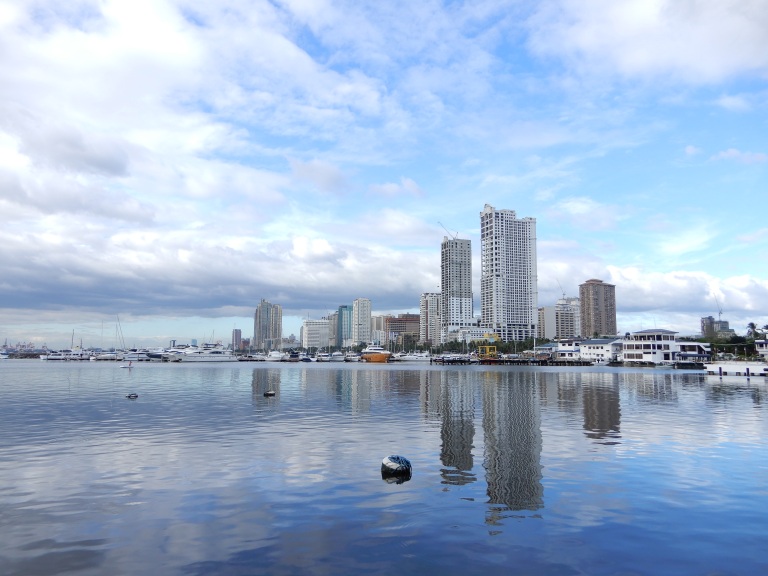 (The Bay Of Manila, Philippines)

Yet, cities are adapting, but not enough. Moreover, many cities just continue to expand, continue to build more and more roads, and houses in flood-risky areas, and to let in more cars. They continue to produce polluting energy plants, and energy consuming air-conditioning systems. I have the feeling many people still think it won’t happen to us, and that these issues will solve magically, hence continuing the same lifestyle. But wasn’t it Einstein who said that doing the same over and over again, but expecting different outcomes, is stupidity?

The beautiful part of this story are the numerous motivated, inspiring and visionary organisations, companies, politicians and other individuals who are holding a part of the sustainability quest on their shoulders.

I am grateful for having had the chance to meet so many of them all around the world. They give me hope and inspiration, they motivate me to keep going and they underline my conviction that we can still do it!

With my articles, I hope to give them a stage to raise their voice and stand up for all of us. 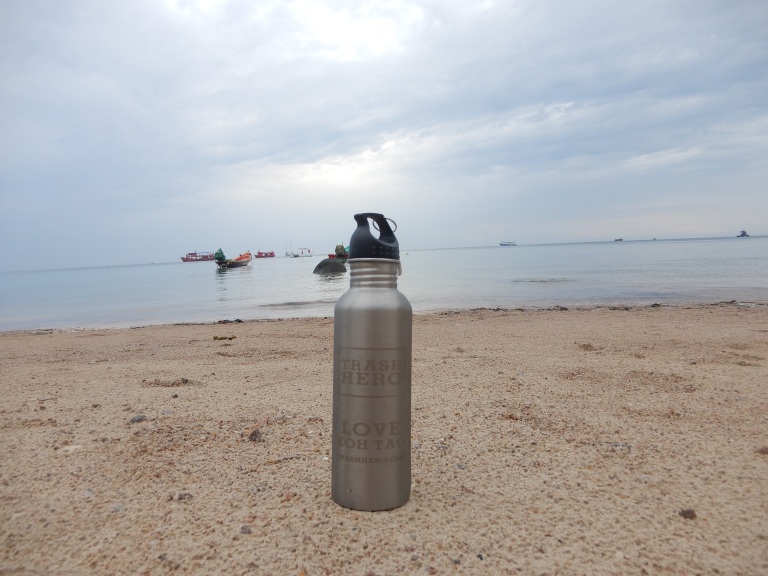 I can understand how many people feel helpless and even paralysed. The problems look too far away, too abstract, too complicated.

Which is ok, if you are feeling this way, you are not alone. It is ok to feel fear and doubt, but that does not mean you cannot act or stand up while feeling it.

I wrote on energy transition, on plastic and waste issues, on sustainable city development, on ocean health, on agriculture, on the impact of climate change, and mitigation and adaptation strategies, … and often it sounds a list too long to mention all items and people might wonder why I don’t stick to one topic…

Well, it is one topic to me. All these issues are connected someway, and I feel like the most sustainable and efficient solution will be the one that involve all these aspects. You cannot talk about ocean health and plastic if you don’t talk about ocean acidification and coral bleaching, while this leads you to climate change and energy production, which leads to energy transition and sustainable city development, which leads you in turn back to waste management among other issues.

And these problems are related because they have the same underlying cause. The good thing is, that means it is solvable, it is comprehensive and even feasible. Yet, the main problem is that the ones in charge of solutions are the ones causing and maintaining these problems for their own interest.

We need a drastic change of the entire system behind all these issues. If we could see the before-written problems as the tentacles of an octopus, then we have to head to its brains and create a different mindset to stop the tentacles for killing us and the planet. It does not make sense to cut of one tentacle, because there are still the others, and new tentacles will arise. So the only solution is to head to the hearth and the head, the core of the system, and start the change there. Changing the mindset of the operating system is the key to solve the core of the situation we are at. And take a guess, we all make part of that operating system in some way or another.

Look at the bright side:

We are very lucky and privileged at the same time, because we live in this window of opportunity. We can still do it! There are so many opportunities, solutions, technologies, and there are so many skilled, inspiring and motivated people, possibilities out there.

We just have to start acting … here and now.

I am creating a new project to help us with the required change. So, if you are one of those feeling paralysed, afraid, in doubt, or confused, no worries, you are not alone, and I’m sure we will manage to get out of here. Let’s just do it together!

Give me some more months or weeks and I come back to this, and we will figure it out, won’t we? 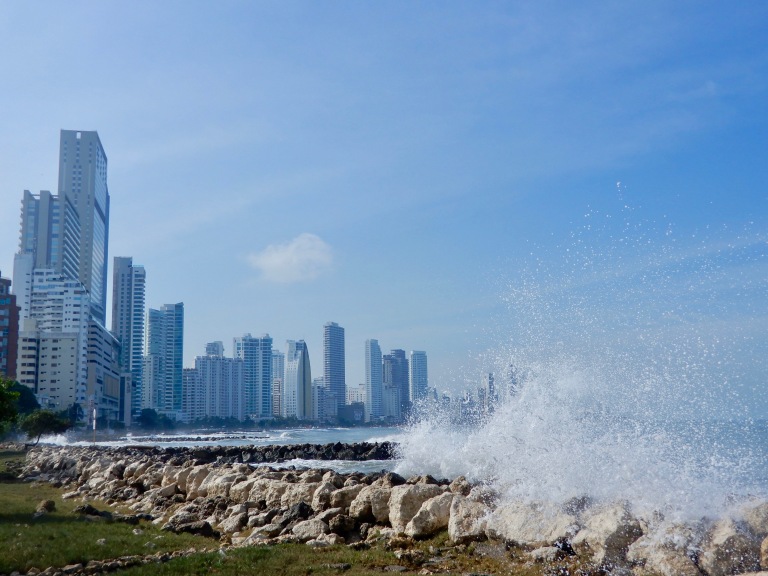 (Dikes won’t stop the rising sea level, Cartagena, Colombia. Climate change won’t stop unless we act, and we can!)