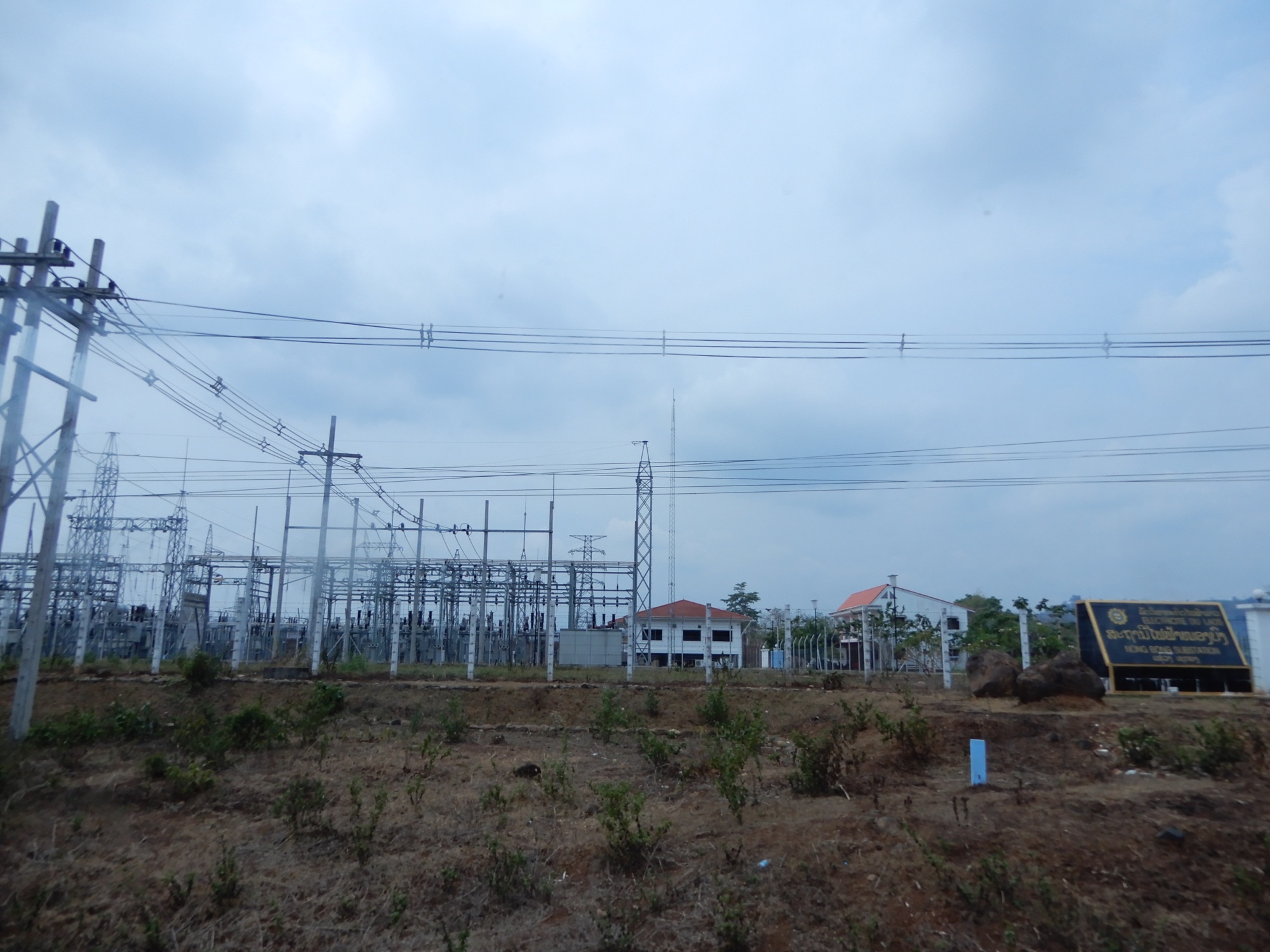 ‘Hi, a foreigner!’ he yells with genuine enthusiasm. ‘What are you looking for? Foreigners usually don’t come here.’ Well, I do.

I might indeed have ended up in an absolutely non-touristic place, yet I’m looking for something special. He is genuine happy to see me, another foreigner, since he is from Vietnam. So, where I am looking for? Windmills! But first of all, food. It is lunch time; it took me a long time to get here and the sun is burning.

He invites me to join him to the restaurant he ran out to greet me. At his table sits a man with a Vietnamese military uniform next to some other men. They are having a business lunch obviously. The young guy is an interpreter, the military guy is the boss of the project and the others are Laotian investors. The Vietnamese company he is working for is constructing a hydro-electric – what else – plant in this region. They started a couple of months ago and he will be stuck here for the next 3 to 4 years, although he strongly thinks to retire before, since there is really nothing to see/ do in the region.

Although he is working for a hydro-electric company, what brought me here is the idea of a wind energy farm. Moreover, the project to construct the biggest wind farm of South East Asia.

Rather than damming all the waterflows, there are other means of renewable energy – not to say, there are better means. Hence, the Laos’ government is working on the construction of the biggest wind mill farm of South East Asia, as the first wind power project in Laos.

The Monsoon Wind Power Project would have an installed capacity of 600MW and occupy an area of 68,000 hectares in Sekong and Attapeu provinces. By choosing this location, the Laos’ government kills two birds with one stone. Not only has the region optimal wind conditions, the area is impossible to use for any other means of exploitation since it contains still a high amount of unexploded ordnance contamination – Laos is the most heavily bombed country in the region.

The Monsoon Wind Power project is supposed to be commercially in operation in 2020, and will mainly serve the Vietnamese increasing energy demand, since it will be constructed at about 50 km with the Laos-Vietnam border. Moreover, throughout the 25-year’s operation of the project, it is estimated to save up to 24 million tons compared to the current Vietnamese grid, and even up to 67 million tons of carbon emissions compared to energy production relying on coal.

As such, if the project will turn out in reality as it promises on paper, it might be exemplary of how Laos’ battery strategy can actually serve the country without harming it.