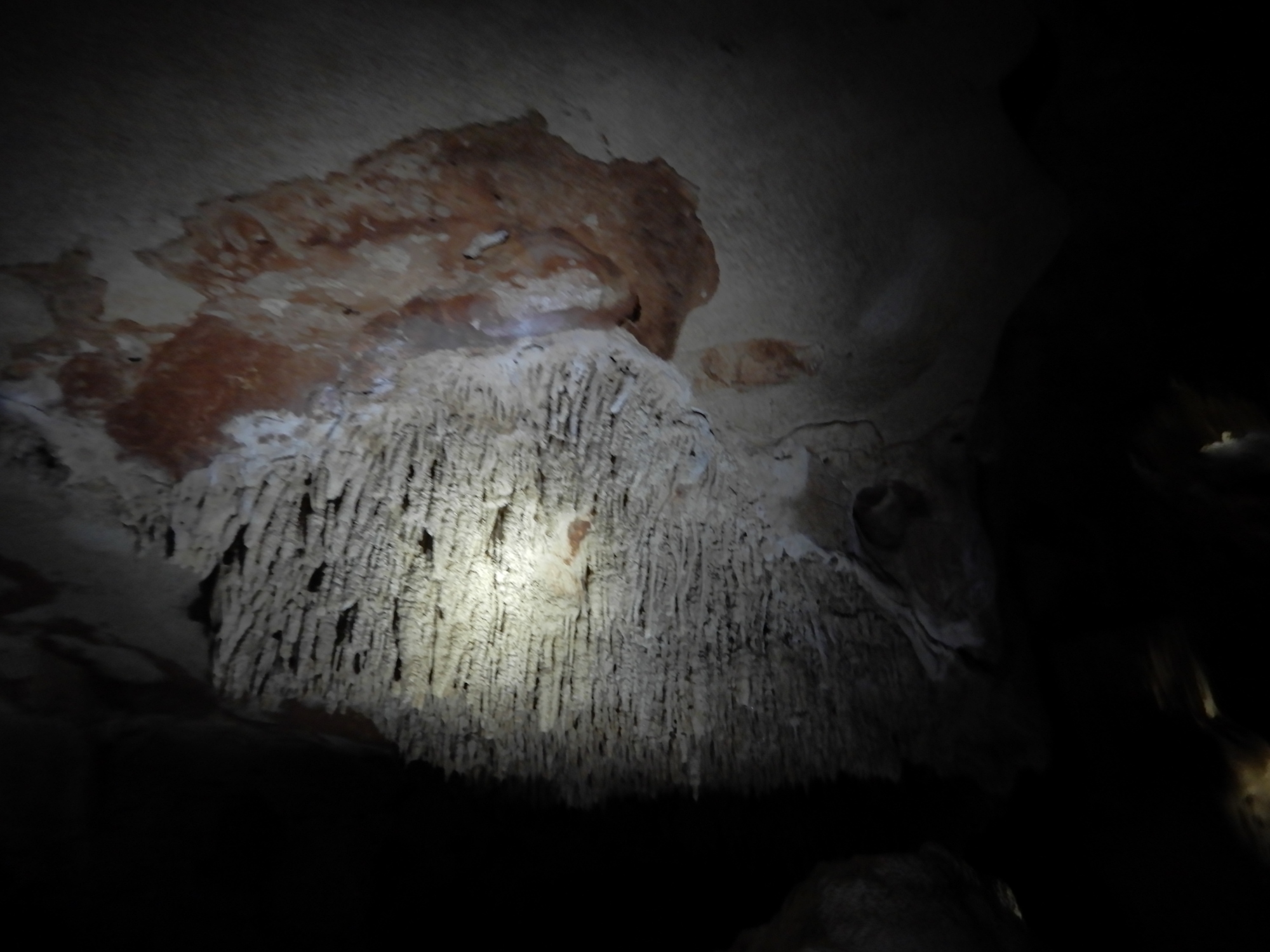 ‘Bring them all, the cyclones, the hurricanes, the rain storms, the flooding!’ he says convinced. ‘I am sick of the drought.’

We are 15 meters below the earth surface. Yet, it is humid and warm. The darkness does not bother us, especially not since the white shining sparkles in the calcium stones. No wonder the cave is called Cuta Cuta – which means plenty of stars in the aboriginal language.

We are slightly south of Katherine, the bigger town between Alice Springs and Darwin, in the hearth of the Northen Territories; where drought, caves, and dust are omnipresent.

While walking he explains about the formation of the caves, and the need of water and especially rain to make the cave grow. Not only life above earth is suffering from droughts in the Northern Territory, so is the life underground.

Recently the caves stopped growing. Even though they are growing slow anyways, at an average of 1 to 6 millimeters a year; the last two years, they haven’t grown pretty much at all. Drought.

Normally the monsoons of the wet season come in November, lasting a couple of months, and flooding the cave until the ceiling. The line is high. I picture the water level at three times my height; it is enormous. 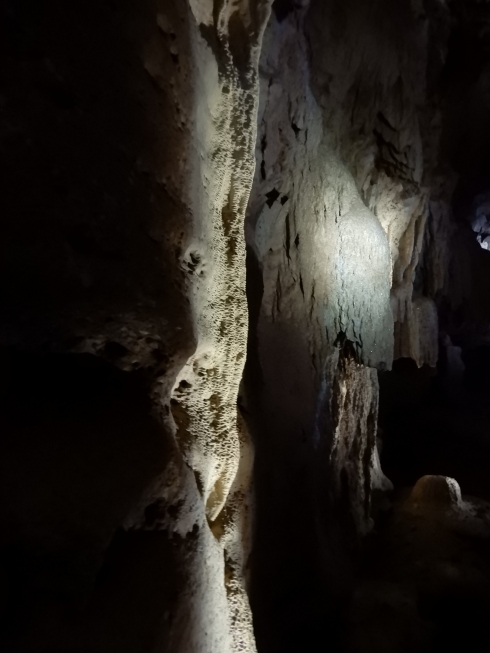 Yet, the last two years the rain did not come. The cave did not grow. Everything remained peaceful and quiet. Too quiet. Because even the animals – about a 1,000 brown tree snakes and 5,000 bats and a couple of bigger snakes and smaller reptiles – will start suffering because of the drought. That is by any means the reason they found their way to the cave, besides shelter and protection.

I am not sure if he really does not know. Yet, what he does know is that Queensland had it all. The last two years: extreme rainfall, cyclones, flooding run through Queensland. 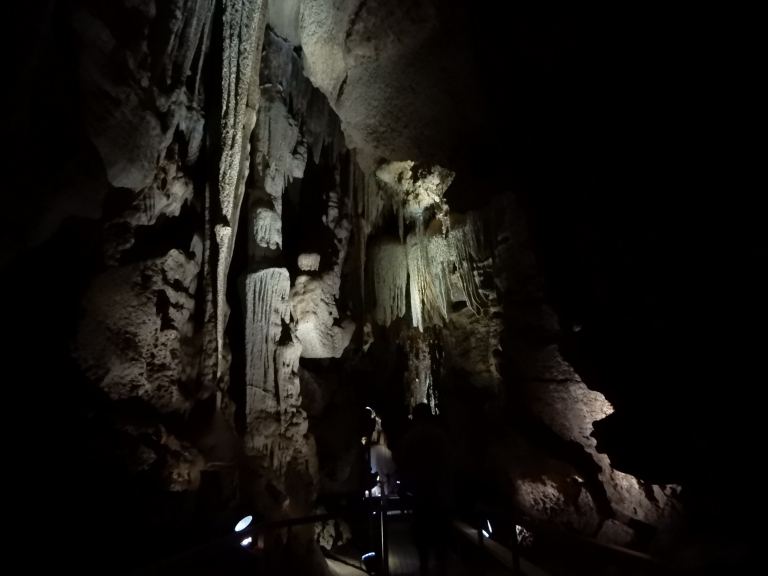 The walk continues, along the stalactites and the stalagmites – only few dough – along the glimmering and shattering calcium formations, along the empty rock walls with the holes hiding snakes and reptiles.

If the rain does not come back, so won’t the life and the unique ecosystem of the cave. Not only the cave will dry up, but the local life as well.

‘Bring the cyclones, the storms, the rainfall.’ He says. ‘I am sick of the drought.’ Only after two years already. Buckle up for the future…