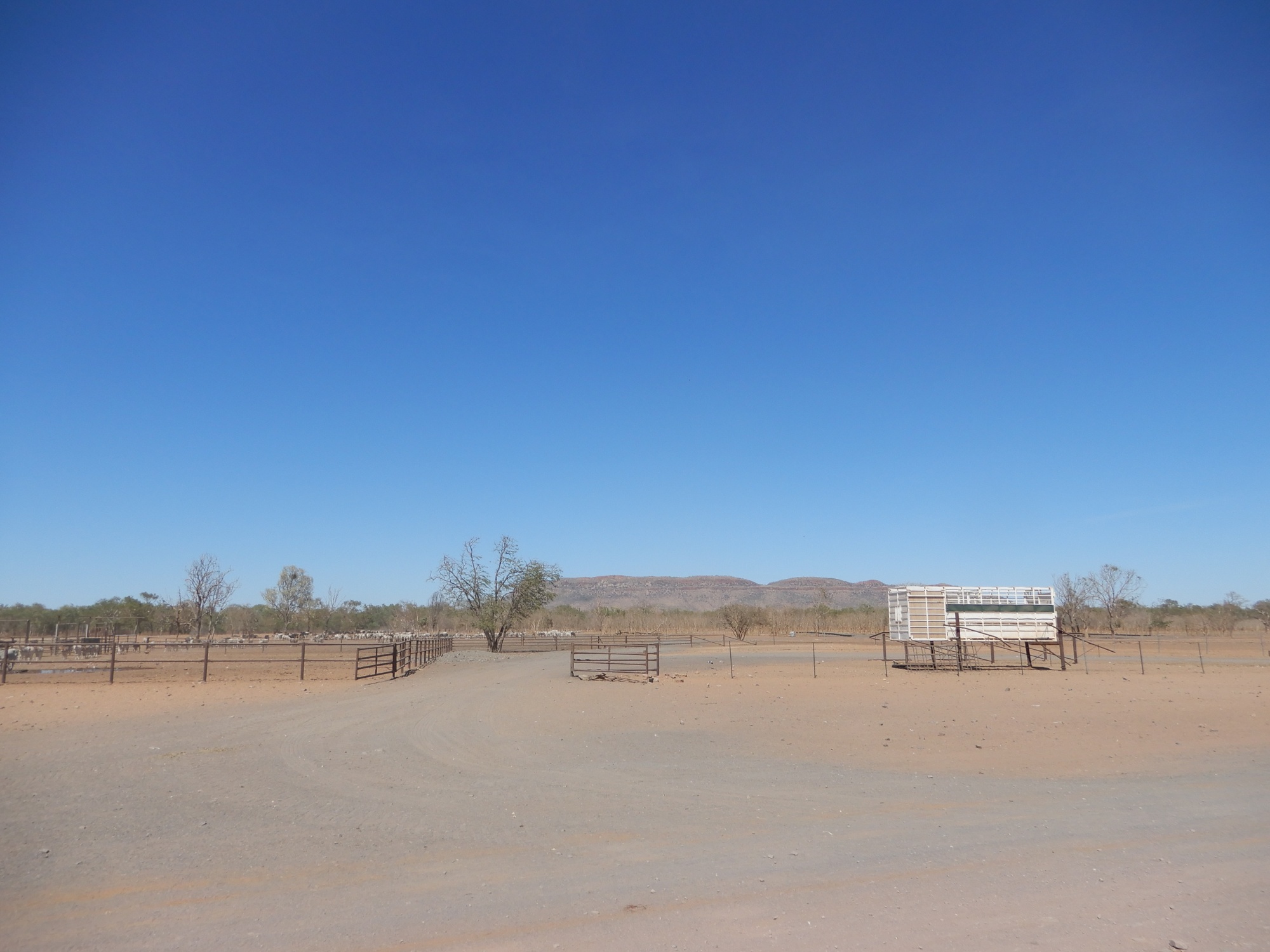 ‘Farmers need a plan to get out of drought.’ ‘Drought destock not the plan’. It are but a few titles of articles in the Queensland Countrylife newspaper on the table in the cattle station. Yes, climate change is hitting agriculture. And No, the Queensland government does not seem to care, or why should they open the Adani coal mine otherwise?

I am these days at an enormous cattle station in Australia, which is as big as a sixth of my country, so that counts to me. The first thing I noticed when I arrived – even in the middle of the night – was the drought. Dust surrounded my car, while the air dried-out my lunges.

The Gardener vs. the Wallaby

When I finally arrived at the last part of the driveway – after an hour of gravel road – I couldn’t drive faster than 5km/h because of all the glooming eyes in the dark. Actually, it was marvellous. I stopped and watched at what was going on in front of me with the enthusiasm of a five years old in a candy shop.

The entire field was covered with wallabies. Jumping from one side to another, curling around on the grass, some watching surprised to my vehicle, others just continuing grazing or watching one another. There must have been hundreds of them!

Yet, they are not the best friends of my friend working on the cattle farm. Since they love to eat whatever he plants. As a gardener it is a tough job to work in an arid area as where the cattle station – in the middle of the outback – is located. Water is the first, the second, the third and the last concern. Without water life is impossible, moreover, without water vegetation cannot grow and cattle cannot graze. Therefore, the wallabies gathered on the field in front of me: the last resort with tasty grass.

The next day he shows me around on the cattle farm. First of all, we visit the beginning of everything, the source of life: the river. The cattle farm is located at the river ……… out of which water is pumped up via tubes and cannels towards billabongs and other water reservoirs around the cattle station.

Water is scarce and valuable; hence the entire farm rises or collapses with the quality of its water management. They even have a technician employed who’s only job is to manage the water tubes, pumps and cannels. A full-time job, a crucial job.

Watching the river, it is obvious that we are not the only ones longing for water. Gigantic crocodiles are swimming around, enjoying the water and the sun. This is Australia !

When I see the fields of the cattle station, I can actually understand why precisely cattle is held here rather than crops. Because of the drought. The arid soil seems as infertile as hell to me. There are obviously no nutrients, no water and no optimal conditions to grow crops of any kind out here. The cattle are brought food by the farmers, since there is nothing to graze.

As a small reminder, I do not favour meat production at all, out of an environmental perspective, considering the heaps of methane gas they produce, and the land and water use, and the use of crops to feed them, rather than feeding human beings directly.

Yet, in this particular situation, it actually does make sense to me to put cattle out, rather than trying to grow crops.

Bring in the water

Yet, a part of this cattle station does grow crops, such as sugarcane and crops. Not because of a patch of it turns out to be fertile, but because of they converted it into fertile acres, by an extensive irrigation network – on which I will come back next blogpost – and probably by using a lot of fertilizers and pesticides – which is not sustainable at all.

But on this extensive irrigation process, I’ll come back in next blogpost, where I will talk about the biggest water reservoir of Australia: Lake Argyle – situated at the shore of this cattle farm.

In addition, I would love to do some more elaborated research towards the impact of climate change (droughts, flooding, extreme weather events) on the Australian agriculture in the next months or weeks, especially since recently a report showed how the European agriculture suffers enormously due to climate change. Keep you posted on that story later on !