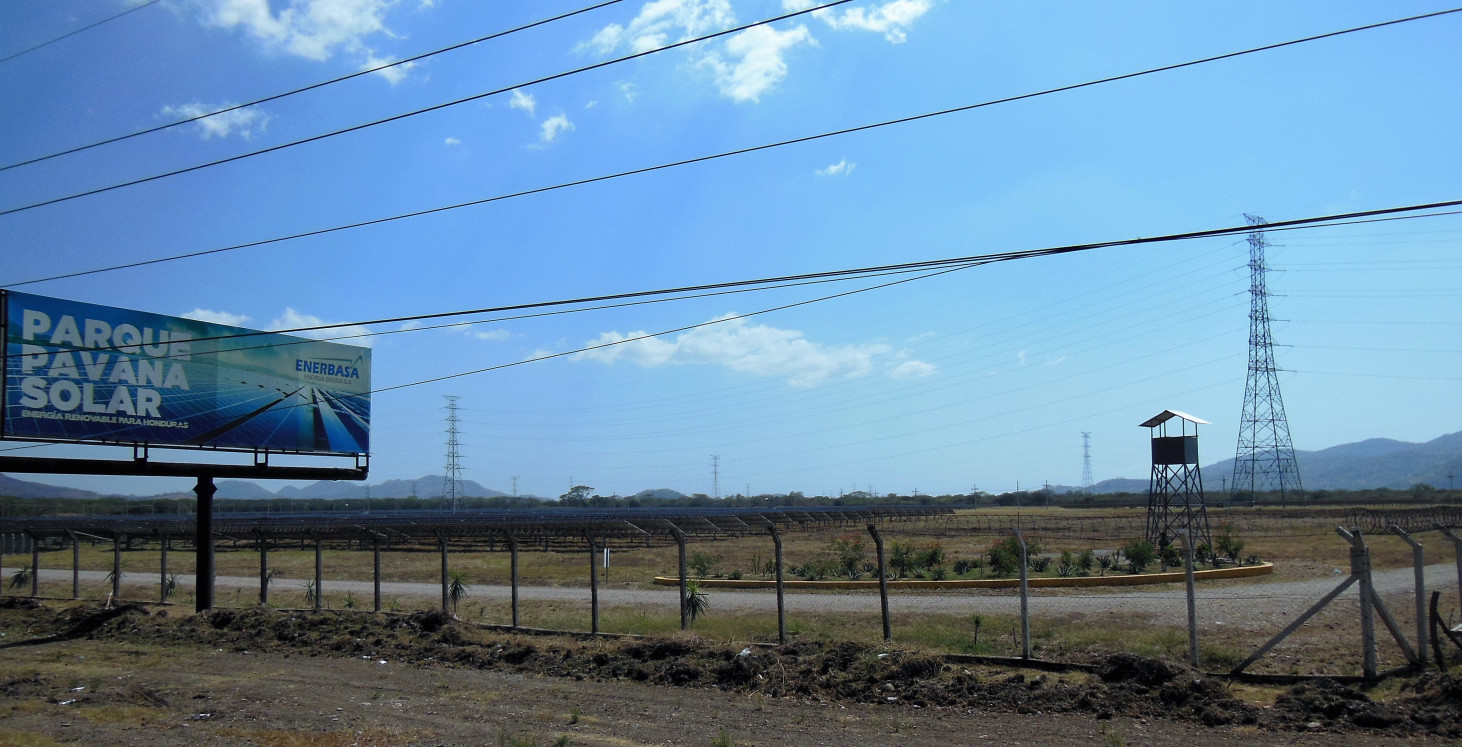 Looking for the impact of a green power plant, I requested to visit one of those solar power plants that will make Honduras a self-called regional leader. Initially the professional organization cooperated, but in the end it backed off.

Passing by the power plant on my trip to the south did not help me a lot either. I managed to pass by the military control without raising suspicions, however after spending too much time in the neighborhood they remind me not being welcome.

The assumption of some locals that these solar parks are called greener in theory than in reality, was confirmed by this speed visit: behind the field of solar photovoltaic panels, the smoke of burned fossil fuel  interrupted the spotless blue sky. There was definitely sufficient sun to produce electricity with the photovoltaic panels, but still the thermal power plant released its heat.

The thermal utility plant was there before the solar photovoltaic panels and is the biggest thermal plant of Honduras. With an unequal proportion of 24 Mega Watts of solar energy against almost 370 Mega Watts (247MW (Pavana III), 80MW (Pavana II) and 39.5MW (Pavana I)) of thermal energy, the plant’s thermal capacity by far overreaches its solar energy capacity.

Turn the future green for real

Let’s hope that one day the balance will be the other way round, and turn Honduras’ future green for real.