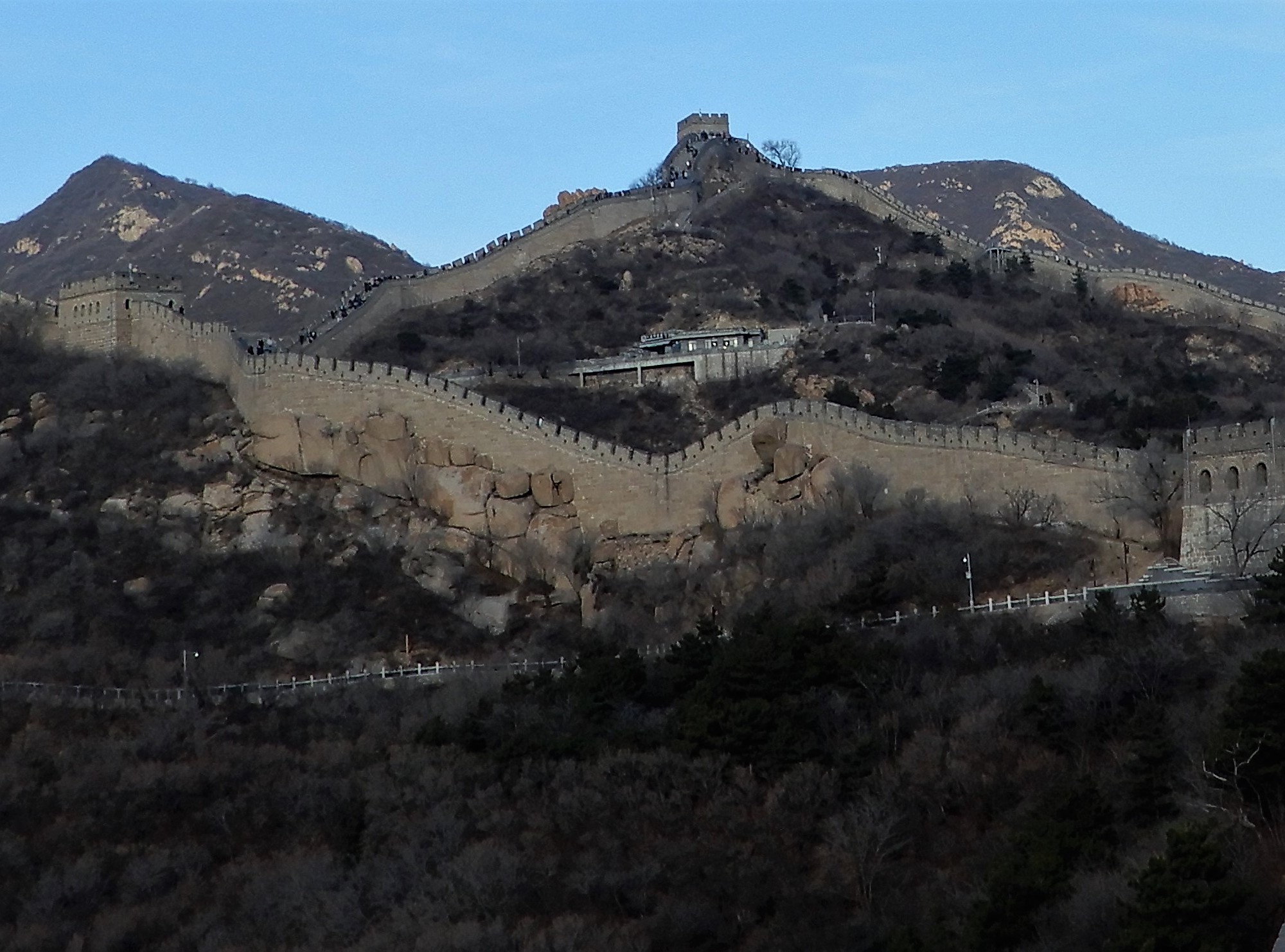 It is freezing cold up here, even more, because the wind has freedom to blow our mind in the emptiness where the impressive legacy of the ancient China was constructed. Between the desolate  hills, curling over the curvy landscape, as an enormous snake spread out over the mountains; this is the eldest and longest wall in the world. Unfortunately, the construction of walls to protect one’s territory is no longer an exclusive part of history.

The last minutes of sun light up The Great Wall, while I walk the same steps of the old guards of the ancient China, more than 2,200 year ago. 8,000 km long, visible out of space and so steep, it makes you feel like kissing the floor while walking over it. Like a sleeping dragon, it spreads its tentacles out over the hills.

I wonder how it must have been, to be a guard back in the times, waiting endlessly from sunset to sundown and vice versa, with nothing to watch but the various tints of blue. The clouds as the breath of the sleeping dragon, waiting to be put on fire, when danger appears, followed by the energy, the adrenaline, the force to run over the wall, to alert the others, to protect the empire. The awakening dragon, spitting flames, spreading its wings to shelter its treasure, the ancient Chinese Empire.

So many stories must have been seen by the Wall, generations of eyes and ears, recording stories, which might or might not have been passed to other generations. The footprints on the stones, some boulders more worn than others. But all of them survived the biggest challenge: time.

Hungary constructed a fence on the border with Serbia, Bulgaria had one at the border with Turkey. A fence separates Slovenia and Croatia, and Macedonia and Greece. And of the almost 2000 miles long border between the States and Mexico, more than 600 miles are already blocked as well.

This walls are no sign of the past anymore, nevertheless they are built with the illusion to protect a present, that actually already belongs to the past.