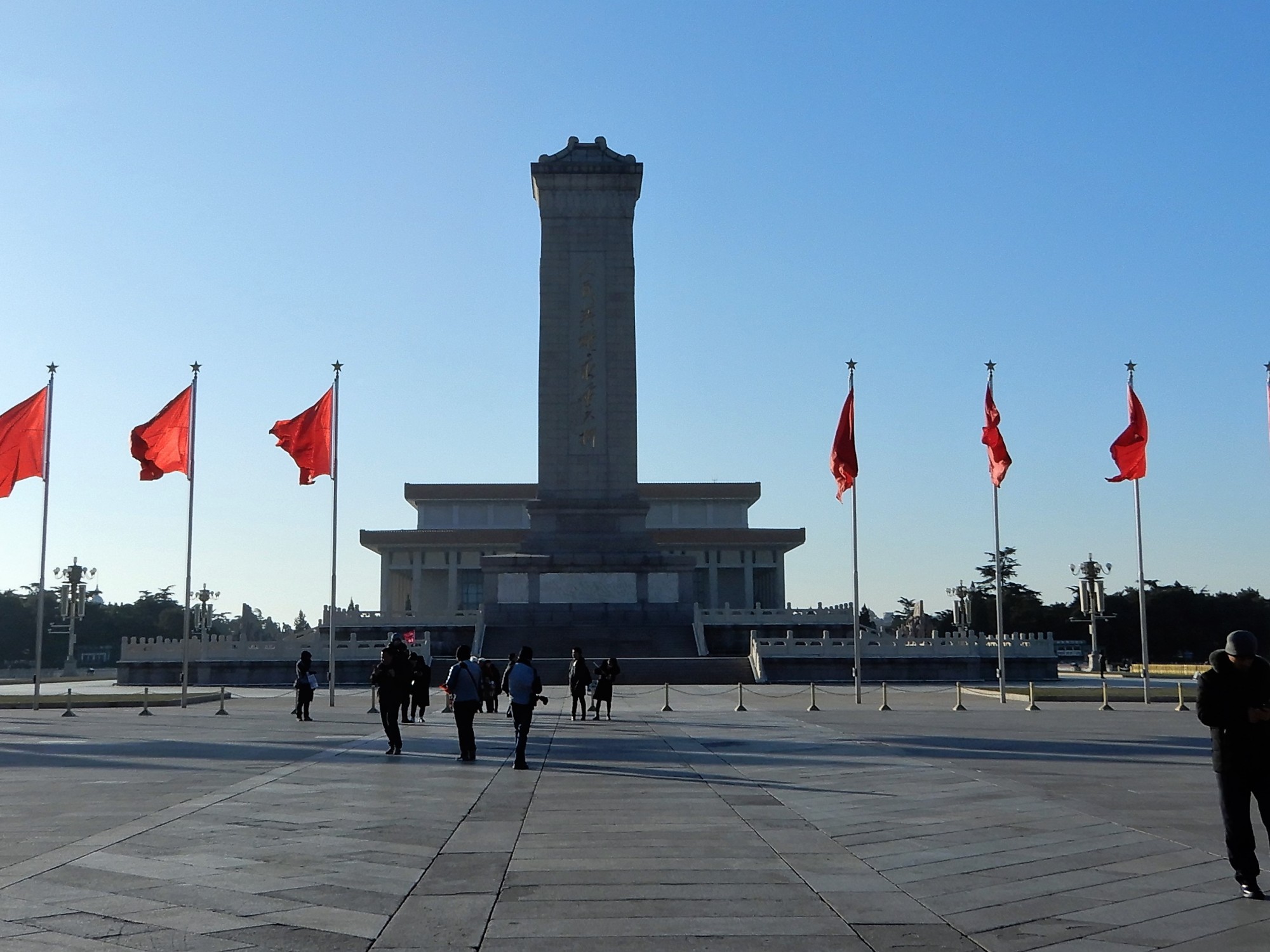 ‘Scaling-up’, is the first what comes into my mind, when going underground for the subway. These subway stations exceed all the ones I’ve been so far.

These stations breath life and chaos. Was Tokyo hyper disciplined, than Seoul was more like the rebel, but in Beijing is pure chaos.

The same thoughts come across my mind when leaving the airport. However, genius is the express train connecting the airport and the subway stations in the city. This is the first time my bags go to a security scanner, and it will not be the last. Various places, including the Tjanjin square, have their own security system.

The Law of the Strongest 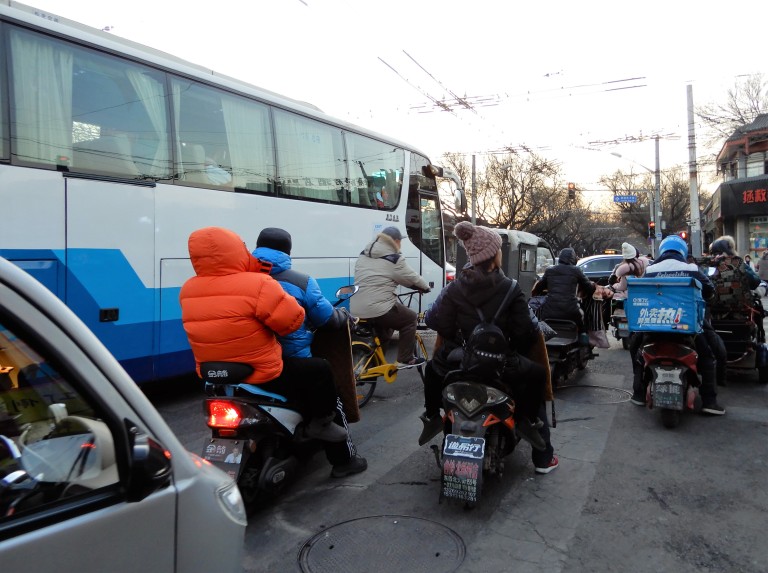 The chaos of the subway continues in the city where temples and houses of all kind form the mosaic of the street. Traffic is chaos, no doubt about. Pedestrians, cyclists, scooters (electric and non-electric), cars, busses, including trolleybuses; cheap or luxury, micro or macro, new or almost at the end of their life time, electric and non-electric, everything joins the chaos of the streets, where only one law seem to apply: the law of the strongest. So watch out!

I feel like Mulan’s grandmother of the Disney movie, holding a lucky bug to cross the street. Ironically, I nearly walk under a car, an electric car more specific, which I did not hear approaching.

China wants to become a leader on the electric car market. Companies as BYD (Build Your Dream) spread out over the world, not only exporting their vehicles, from cars to busses, but installing entire  factories as well. China targets the sale of 2 million electric cars a year by 2020; and eventually to ban internal combustion engines (diesel and petrol cars), which is supposed to happen before 2040.

China’s Made by China 2025 strategy (launched in 2015) wants to turn China into a manufacturing leader, one of the ten priority sectors is the new energy vehicle market – read: electric vehicles among others -. The increasing amount of electric car sales in China might cause an economy of scales, lowering the general price of the technology and the purchase price of electric cars globally. Further on, more specific policies appoint the spread of China’s technology abroad of the country, such as the Road and Belt Initiative (launched in 2013) to restore the old silk route, and big construction and infrastructure projects in Latin America, Africa and South-East Asia.

Eventually, the question will be if the electrification of this amount of cars will be sufficient to put a hold at the air pollution in Chinese cities at the moment. Globally the same question can be asked, since many cities around the globe are putting environmental traffic restrictions, to avoid polluting cars in the city centres.

I cannot write on electric cars in China, and claiming their sustainability, without mentioning the huge shadow side of this story. However, I wrote several articles on this [feel free to ask ], I’ll keep it short in this post. In a nutshell, the critical part in an electric car is its battery, which is for the moment most of the time a lithium-ion battery. These batteries contain various raw materials, such as cobalt, nickel and lithium. These materials are questionable, since they are finite raw materials, often mined in hazardous circumstances for human being and environment.

When it comes to China, cobalt has to be in the picture, because cobalt is largely mined in the Democratic Republic of Congo, where practices considering human rights and environment are highly questionable, and most of these mines are owned and exploited by Chinese companies.

Some automotive companies are trying to make the supply chain of cobalt more sustainable, however these trends are in their infancy, and the huge question will be setting up control mechanisms to verify and guarantee the created norms. Moreover, creating practices to reduce the amount of raw material needed, and recycle or re-use the car batteries after their end of lifetime will reduce the overall impact of electric vehicles as well.

[I could write an entire book on this topic, nevertheless I’ll take this post to the next destination. Later on, when writing on Bolivia, Chile and Argentina, I’ll come back on it, and write about the raw material, lithium.]