Can there be two cities closes and yet so far of each other?! I don’t think so, however it unveils some interesting facts around city planning.
Valparaíso – the serpentine city

Valparaíso is a colourful city, like serpentine around the hills, in never ending narrow streets, unveiling their treasures around every corner, distracting you from staying on the path, which path?
Stairs and tunnels, streets ending in elevators that lift you up to the next levels of the city. The big busses of the lower parts of the city don’t come here, however cars do, and a rare cycle lane must bring the lost cyclists down again, however I haven’t seen many of themon the higher part of the city. 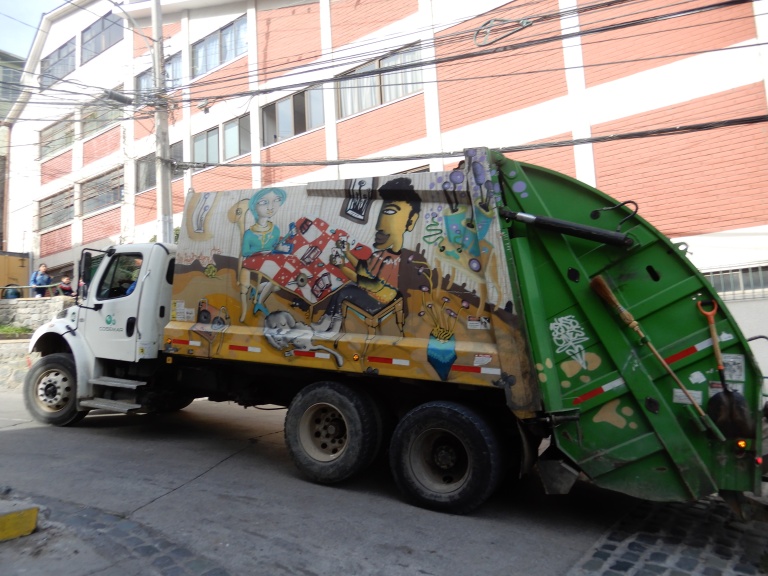 On every hill top the view on the bay is astonishing, and yet so different, like every hill owns its part of the bay. Except for the Cerro Bella Vista – what’s in a name – where Pablo Neruda has one of his houses, La Sebastiana, where you can see the entire bay, including the harbour.
Valparaíso is a harbour city in the end, and ships don’t stop bringing their cargo in and out of the city.

Viña del mar – the serene city
Viña del mar next to Valparaíso, only a 5 minute bus drive, is everything what Valparaíso is not: planned, organised, structured, clean, spotless, streets in a chess pattern, embanked  by trees, no street art, but art in museums; no street vendors, but merchandising in shops; no vivid harbour, but a touristic coastal line; no houses sprawling up into the mountains, but a flat zone where houses were constructed well organized. No historical, dynamic grown living hood, but a planned construction site. No inspiration, or spark of creativity for artists to create, but created spotlessness and almost perfection, like walking into the Truman Show. 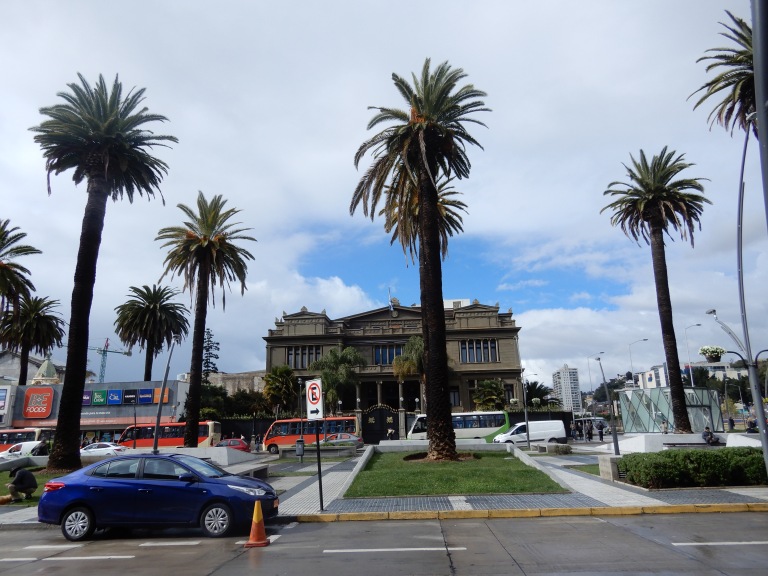 When leaving Valparaíso, the driving lady introduced me immediately to the dominant theme of Santiago, ny next destination: air pollution.
She is engineer, however working full time for Cabify, for years now. She had no job opportunities in Valparaiso, so she was forced to work in Santiago.

But she longed for the sea of Valparaíso, and couldn’t get used to the big city life, especially not to the air pollution. In Valparaíso the air gets refreshed by the sea, Santiago on the other hand is surrounded by mountains, blocking any fresh air blowing through the city.
‘Enjoy the view’, she says, when I leave her car, ‘the rain of the last days cleansed the smog out of the air’. I understand why she longed for the sea, with its blue water, and blue sky.