I really did find the most beautiful office of the world. It is a rooftop terrace, with view on both the wilderness, the tropical rainforest, and the ocean. This is Koh Tao.

Despite the non-room with a view, what makes the island more beautiful is its focus on sustainability.

Let’s dive into the sustainability of this diver’s paradise!

Before doing that in more detail in next blogposts, I should explain a bit about the specific challenges islands are facing, moreover the ones who are getting overpopulated due to tourism.

First of all, water scarcity. Despite being surrounded by water, water poses a serious challenge for islands. Since at one side they need potable water, which is often been imported for the mainland, and on the other hand they need proper water sewage systems, which often ends up being dumped in that water that surrounds the island. Eventually, salt water, so not potable.

In contrast to the mainland, an island is not always connected to a water supply network for both potable water supply and water sewage. So they have to design and maintain a proper system, or be dependent on the mainland for import and export. Which creates challenges, and actually make one really conscient of water use.

Further on, energy scarcity. For energy accounts often the same as for water: not all islands are connected to the grid of the mainland. Some rely on old diesel generators, which provide electricity on particular times of the day, as Koh Muk before it got connected to the grid of the mainland with an underwater cable; other have more elaborated systems, resulting in slightly bigger energy plants, but often still very fragile, as was Caye Caulker in Belize, for instance. 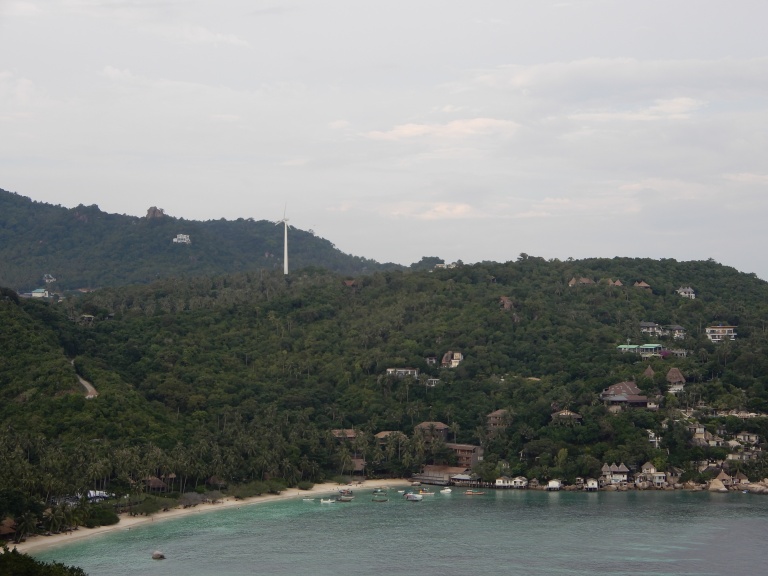 Genius, however would be small distributed systems based on renewable energy, using local solar, wind, or even water energy to make the island independent and sustainable. Remember the small solar panels on the islands in the Titicaca Lake in Bolivia, or what about the Canaries which are all elaborating renewable energy schemes in order to stop their reliance on energy imported by the mainland.

What comes around goes around

A third point of dependency becomes scary visible when the island for some reason is cut of off the mainland for a while. I remember having been stuck on Utila in Honduras some years ago, when for about a week no boats could reach the island. Day after day you could see shrinking the offer in the shops and the options on the menus. Since islands depend for a lot of their daily used products on import of the mainland.

What comes around, goes around, is a saying, and this goes up for the entire supply chain as well. Eventually, if all this kind of stuff is imported towards the island, it should get out of it again as well. Waste forms a fourth severe challenge for many islands, moreover if tourism heads in, increasing the waste supply considerably.

All these challenges eventually apply for islands on small-scale but do apply for the entire world on large-scale as well. They make you aware of the origin and eventually entire life-chain of products. Where do they come from and where do they go to, eventually, and who will clean the mess?

Which is why I want to show you around a bit on the island of Koh Tao, where I found some good ideas, which could provide good answers to this kind of challenges. That is for next posts.