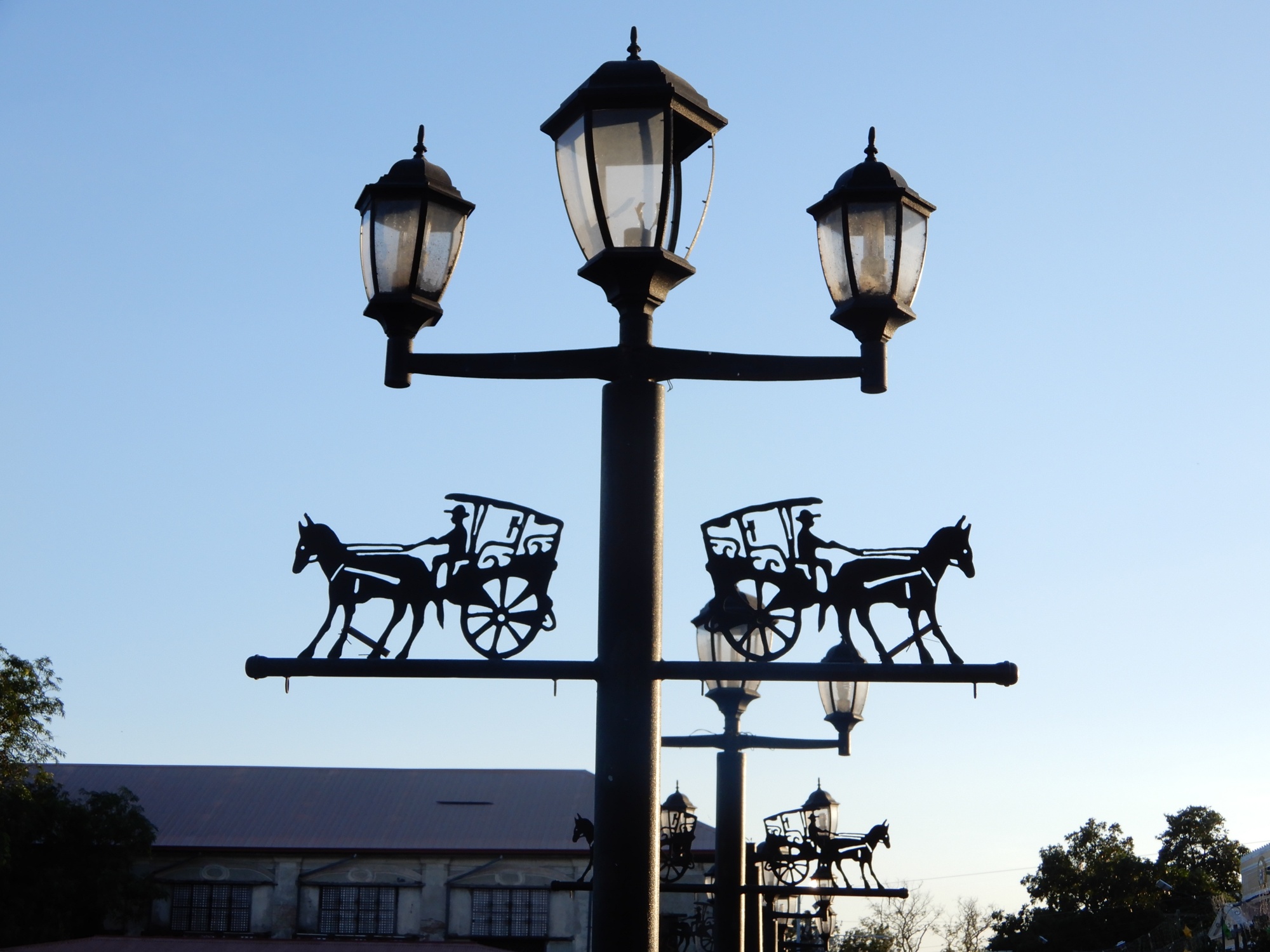 I feel like travelling in time when arriving at first, back in the history of this place in particular and back in my personal history of travelling. This is Vigan, Philippines.

Eating empañadas while walking through the Avenida Reyes, after 24hours being awake, I lose my feeling of orientation and if someone would have told me I am back in Havana, Cuba, or in Lima, Peru, or maybe even in some neighbourhoods of Buenos Aires, Argentina, I would believe it. It looks like the time has stopped here in Vigan, a small city in the northern part of Luzon, the same island where Manila, the capital of the Philippines, is located. 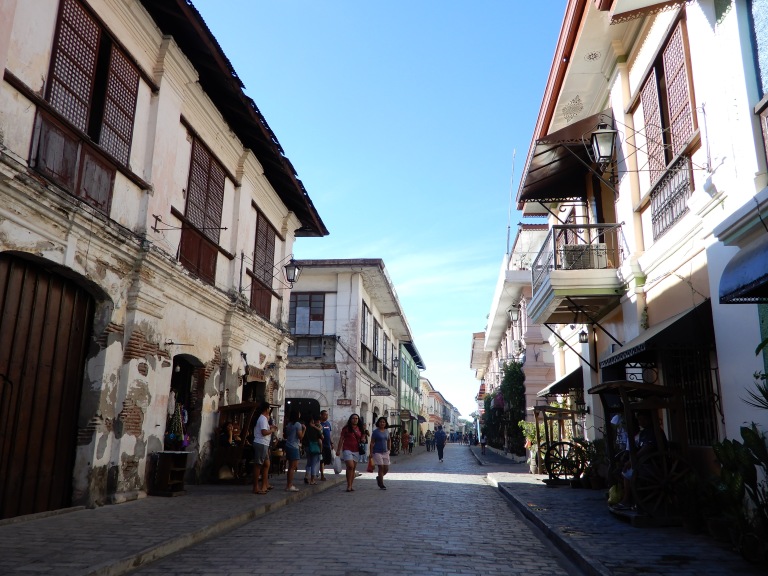 Close your eyes and you feel travelling some centuries back in time. The rhythm of the horses’ hoofs on the cobble stone lanes. The cracking of old doors. Vendors yelling for empañadas or for other street food. Voices all over, people talking and walking, footsteps on the cobble stones, echoing through the narrow lanes. The heath sets in, but the buildings offer shelter and shade, while the wind blows the dust through the narrow streets.

No wonder the site is recognised as World Heritage by UNESCO. Moreover, even though the Philippines had been colonised by the Spanish, Vigan is the only conserved Spanish colonial city left. The invasion of the Japanese during World War II  – when Philippines where already invaded by the United States – left most of the history of the Philippines destroyed. By the technique of the burned earth, every village left behind was burned down, in order not to leave nothing behind for the enemy.

Vigan was different. Not in its beauty nowadays or in the kindness of its inhabitants, but in the relation of the Japanese Leader and one of the inhabitants of Vigan. In order to save his beloved wife and family, he made sure the village was not burned down. Vigan survived, albeit the Japanese leader did not.

For instance, in the historic part no motorised traffic is allowed, only horse and span carry passengers around. Besides bringing back the history alive, it brings us as human beings a bit more alive as well. As we know, horse and span are the precursor of the motorised car. You can still notice this in the word horsepower, which we use the express the power of a motorised car – but no horses are seen in there!

The other streets do allow motorised traffic. The difference between both is like heaven and hell, or better to say heaven and earth, since the motorised streets are more our reality than the other ones.

Walking between the few horses makes you understand how the introduction of motorised cars has taken away a big part of the live quality in our streets. First of all, the most discussed issue with motorised traffic is the air pollution. The streets filled with cars just do not allow you to breath properly, moreover because the gases are emitted exactly at the same height as where you try to catch a breath. Secondly, the cars create an unagreeable amount of heath, which get stuck in between of the narrow lanes and feels unpleasantly claustrophobic, moreover in an already warm climate. For sure, they add up on the urban heath island effect, making urbanised areas warming more than their natural surroundings due to heat-capturing capacity of concrete and bricks.

Thirdly, besides heath, the cars create the kind of noise you will get nuts of. Horses and pedestrians might create noise as well, but it is closer to nature, less omnipresent and less annoying.

Paper against the heath

From looking at my height, I look up and see something remarkable I haven’t seen before. It is not related to transport, but it is related to another crucial part of an urbanised zone: the buildings.

Here as well, besides being beautiful and telling us a lot about the history of the owners in particular or about Vigan in general, they can show us something about sustainability.

Take a look with me. Most of the houses in these streets are 2 floors high. The first floor is made of bricks and concrete, the thick walls protect against heath and cold, keeping the houses cool. The upper floor however is made out of wood, lighter to be carried by the first floor, which could implicate that it lets in more heath as well. Therefore, lots of the houses in Vigan have special architectural features on the second floor.

First of all, some buildings – especially the wealthy ones – have a second wall in front of the actual wall. This allows them to create a buffer zone between the room inside and the outer wall. A kind of non-used corridor is created in which both sound and heath are stopped and absorbed by the emptiness.

Additionally, the outer wall consists out of movable panels, both for the window shields as for the lower parts of the wall, hence making it possible to open up the entire wall to let the sun, light and heath come in, or close them all to protect against the weather elements. The movable panels don’t swing out or in like regular doors, taking a lot of space, but are simply slide to the side, as open or closed as one wants.

The particular type of glass, which is like paper fiber, in the little square windows, is heritage of the Chinese part of history of the Philippines, making it more unique than any building I’ve seen before.

Hence, while walking through Vigan I wonder how this city must have been like in the past, and I wonder how our cities have to be adapt in the future of climate change and carbon neutrality. I wonder if we could use some of Vigan’s lessons.