‘Hold on’, I thought when he told me how the younger generations are losing interest in the art of the village, the craft of bamboo basketry. ‘Hold on, times are changing.’

I’m genuine convinced that times are changing, that is why I went visiting him in the first place. Watching the ladies weaving the bamboo strings as if it were their second nature, however trying it myself and not getting far, convinced me even more. Hold on. And here is why.

To recap the reason why I travel around is both looking for the problems and the solutions of climate change, environmental issues and energy transition. ‘Can’t you stick to one topic,’ one might say now, but to me, it is one topic. These are all pieces of the same puzzle, they are all somehow related and connected, and solving the one might induce a solution for another, while causing a problem in one field might induce a problem in another field. Hence, I am looking for various pieces of the puzzle, eventually to solve it all.

Sounds too idealistic or naïve? Not to me, and the more I travel, the more I speak to people around the world – from small kids to high-educated scientists – the more I am convinced that we all have the solution within our reach. Yet, we might need to connect the dots, bring things together in the right order, and put all the pieces where they belong, eventually to picture the problem and the solution.

On microscale, I can conclude that often both a problem and its solution are present in each other’s vicinity. Moreover, I think the closer the solution is located the better, because that way you might be able to address other problems at the same time at the smallest as possible impact.

Now, I sound like talking too abstract, so let’s get back on track and use this particular example to demonstrate what I am talking about. Hold on, it is simpler than you might think after reading the before-written paragraphs. 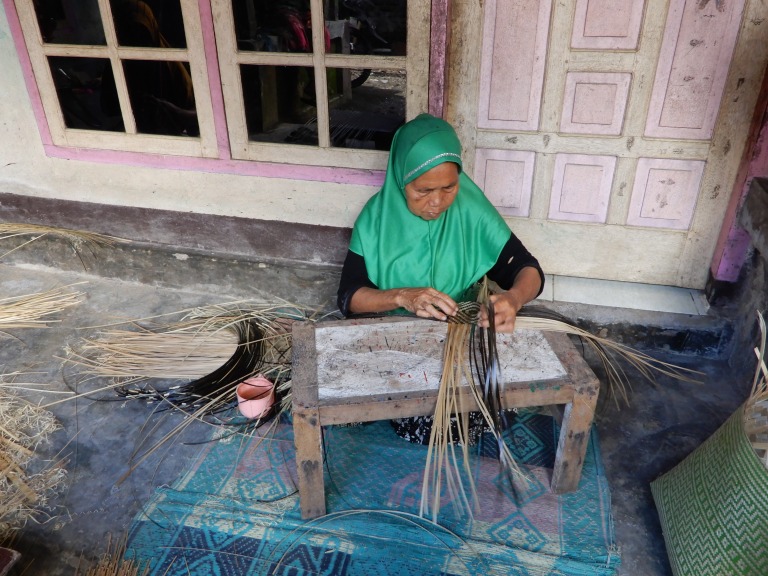 So, especially here in Asia, people tend to throw out plastic waste wherever they can. I wrote on it before, and I probably continue writing on it. Not to name and shame, but to find an explanation – which you can read here – and to find a solution – which you might be able to read below.

So long story short: back in the times all packaging materials here were organic, as in Latin America, and probably in other parts of the world as well. For instance, food would be wrapped in banana leaves, as the typical sticky rice in Kratie, Cambodia, is wrapped in bamboo.

Hence, these packaging materials come from and belong to nature. So after use, it is easy to throw them back where they came from, waiting them to be composted, or often they got lit up in fire – which is yet another discussion. Yet, the habit to throw packaging material in nature can find its origin over there. To some people I talked about the bad consequences about this habit, I found that many of them do not fully realise. They might get it that it looks ugly, but they are often not aware that these plastics will eventually end up in the soil, water and animals, who are the basic of their agricultural system, and hence end up back in their bodies as well. Which means in (extremely) short that throwing out plastics in nature is the same as poisoning yourself and others. 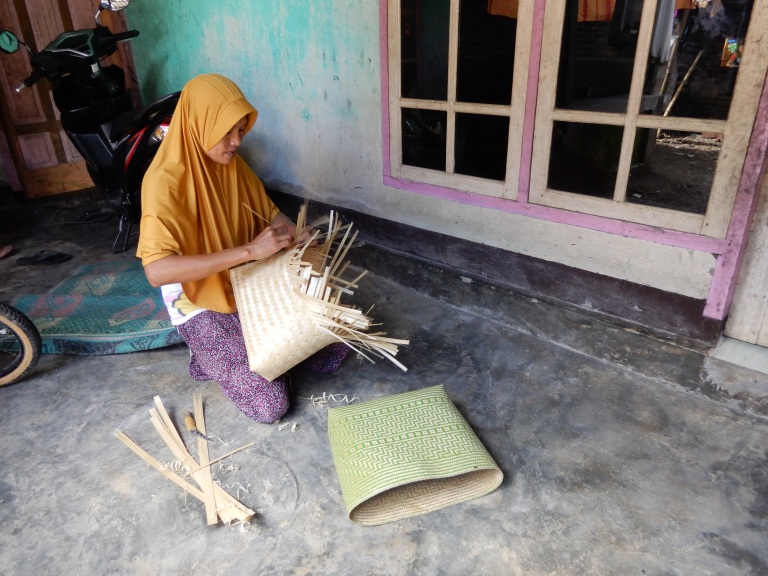 I mean, I would love to return to a plastic-free era, but one of the future. The good thing is to turn back to the decades in which the village of Loyok produced bamboo baskets for its own use – from handbags over furniture – we don’t actually have to go back in time.

Talking to the owner of the bamboo shop, watching his ladies weave and talk, I understand that this future is already in the make. Using their genius and skills to make the world a more sustainable place, on all aspects: people, profit and planet.

It is as simple and as genius as it could be at the same time.

Here is why bamboo basketry should be the future we all have to embrace; and I am talking about hand-made production, not the scaled-up industrialised machinal production which might overrule our markets, because than you undermine a lot of the following benefits.

So, it is out there. The solution. Next to the problem. The only reason why we aren’t using it, is because of our current economic model that still puts artificial models and consumerism above real sustainable materials.

But the good thing is, more and more people start concerning about the environment, and the growing pile of plastic on earth and in the oceans. Hence, while we are all looking for solutions in our ban of plastic, I am happy to meet these skilled people, having the solution readily available for many decades now.

I am convinced this can be the future. I am convinced they should hold on, because there is a wave coming in which all plastic will be banned and his art may be one part of the entire solution. Hold on, we will find a way to make it work, to catch the wave and stand up, being proud and admiring the ocean, rather than drowning in the plastic soup we created.