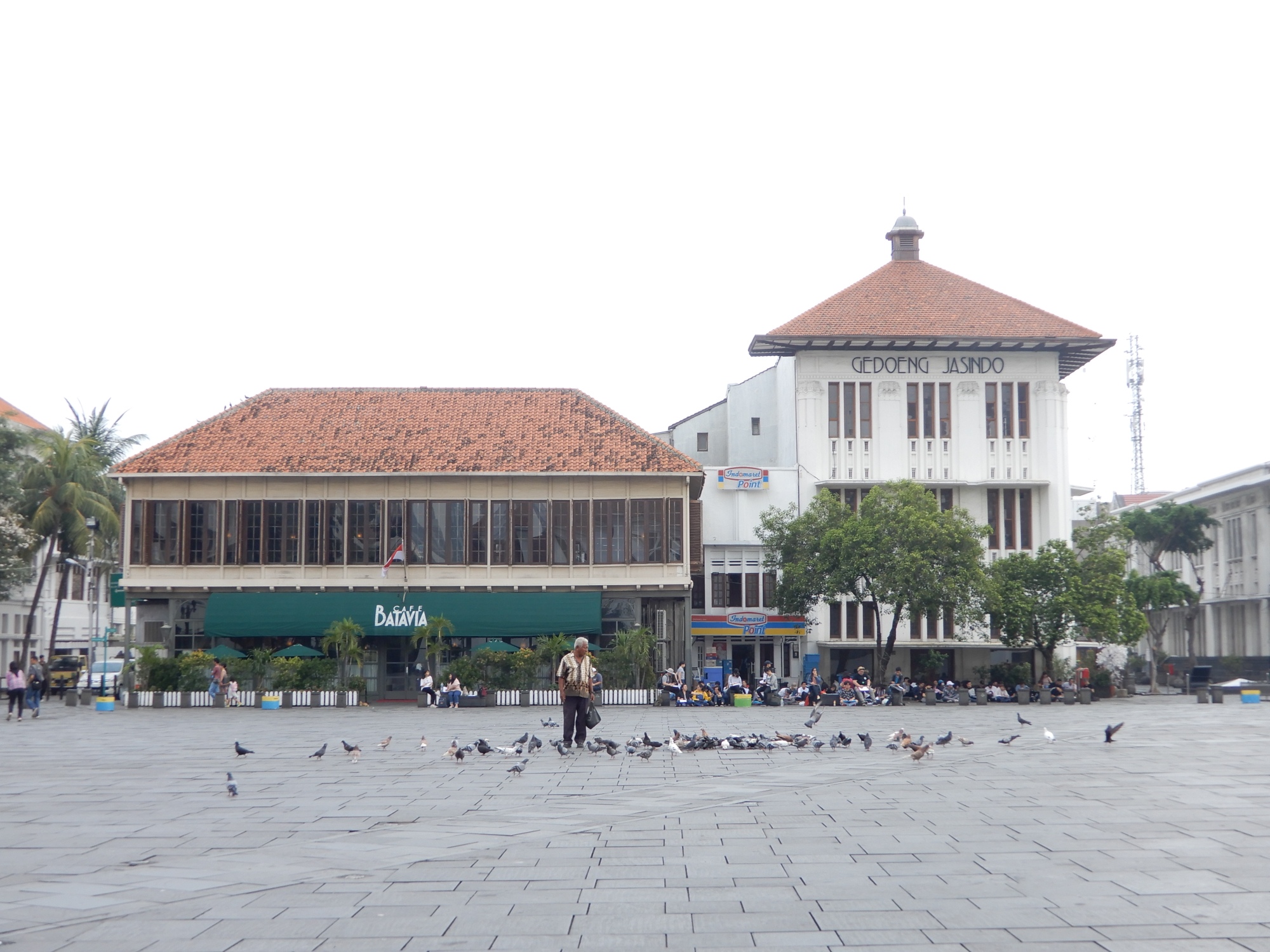 Don’t let the city flood, is all I can think of once I get to know Jakarta, with its good and its bad sides.

Later that night, we sit at the square, which was before called the Stadshuisplein. The most beautiful part of the square are not its old colonial and impressive buildings, but it are all the young people sitting all over the square, enjoying the quiet music of a band in the corner of the square. They play varying English and Indonesian songs.

Some must be very famous, as I can hear softly how everyone sings with low voices the lyrics together, yet it is peaceful and quiet on the square. One song is his favourite, the Horsewisperer – I don’t want to dance anymore, I don’t know the rhytms … – While sitting on this square, watching all these people around me, and being filled with this warm feeling of connectivity, I cannot prevent one thought from popping-up all the time. ‘We cannot let this city flood.’

Because relocating the capital without measures for stopping the flooding – because of both rising sea level and ground water drilling – will erase all this kind of events and feelings as well. I try to memorise building by building, face by face, softly spoken words of songs and the low bass of the guitars by heard, because I am afraid they will be part of the past very soon; they will be the myths of the modern Atlantis, the incredible stories people might not believe anymore about in a far away future.

A city is so much more than a hump of bricks and stones.

Waves in the city

When I read about Jakarta initially, someone said the sidewalks look like waves, and I did not understand what that meant until I started walking myself. Out of the concert to the little night market to find food, I encounter the waving pedestrian paths. All stones are loosened as if you could fall through the pathways. This is said as to be a consequence of the subsidence, the imploding flan, the sinking city.

Walking over the night market, eating a nasi goring ayam – typical Indonesian diner, with chicken, ayam – I cannot keep on thinking, ‘please let the city not sink.’ Because what will happen will all this people, where will they go to? Are they even aware of their destiny? Like the young guy in the village of Tetebatu who I asked if they learned about climate change in school. And the fact that he had no clue about what climate change should be, I understood they don’t. yet the city boy of Lombok, of the capital of Lombok, did know about replacing the capital. Although he – as everybody – did not know where the capital would be relocated to. He thought o Kalimantan, the Indonesian Borneo, because it is central to Indonesia. Yet, I would be worried then about the status of the rain forest.

Nowadays often articles appear in the media with speculations on where the new capital will come. While its new location isn’t clear yet, I hope they will make a plan as well for Jakarta’s current location, because it would be a shame to let it sink…