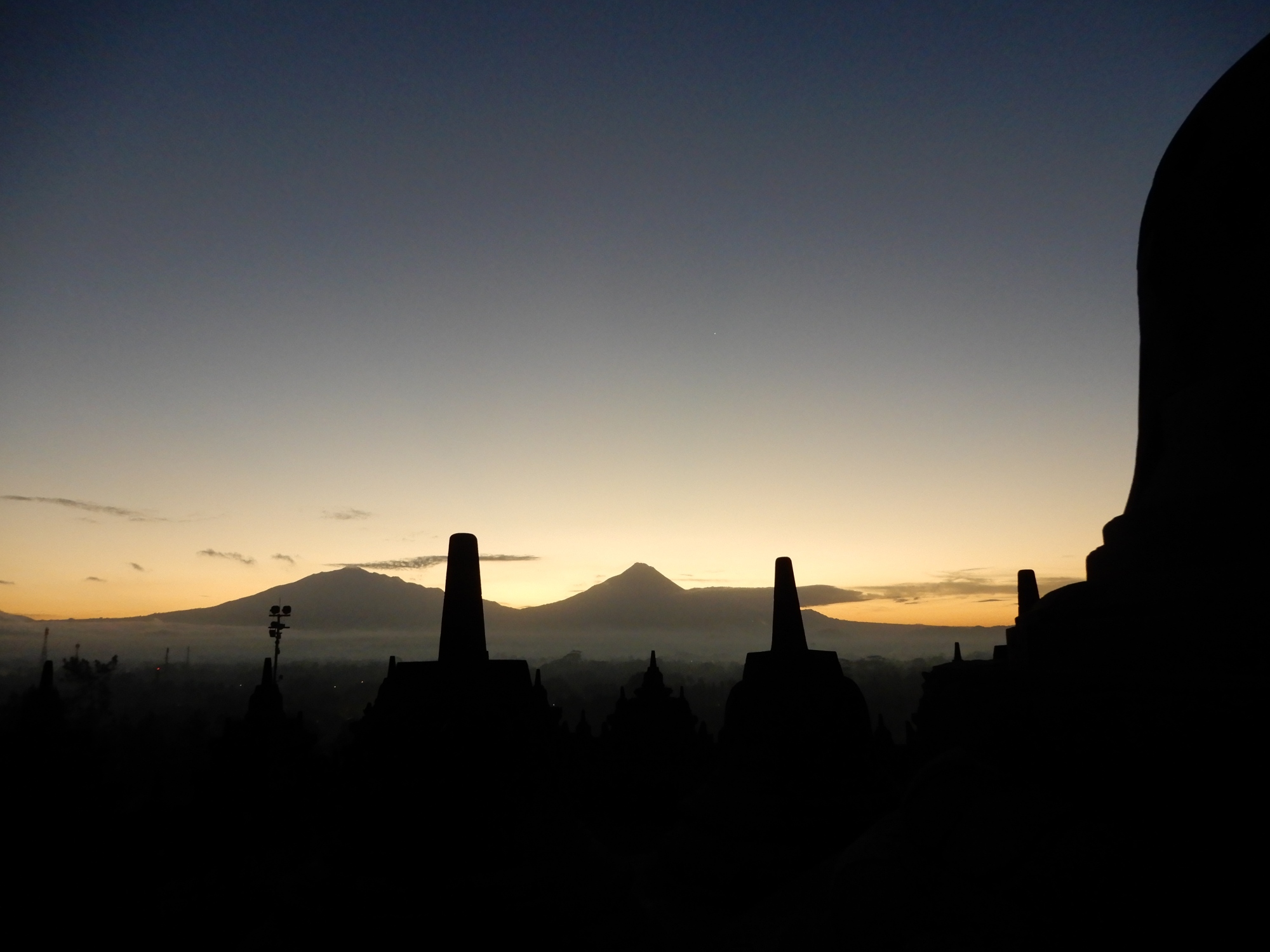 The darkness was caused by the volcanic ashes that covered the entire sky. Sunlight could not find its way through, and the earth was dark as at night. ‘At the moment there are three volcanoes active in Indonesia, of which the Mount Merapi, which is right aside Jogjakarta.’

Actually there are theories saying that the mighty civilisation who built the Borobudur temple – one of the new seven world wonders – at the foot of the Merapi abandoned the site due to a volcanic eruption, which either might have blocked their waterways, either had a direct impact on the liveability of their habitat.

Yet there are many hypotheses about, and research is still going on. But if I hear his testimony, I can imagine that a volcanic eruption is able to wipe out an entire civilisation or at least make them force to move.

‘The darkness remained, which made it dangerous to drive, because you could not see anything. The air was painful to breath, because it was acid and it contained sulphur. We had to wear masks and stay in as much as possible.’ 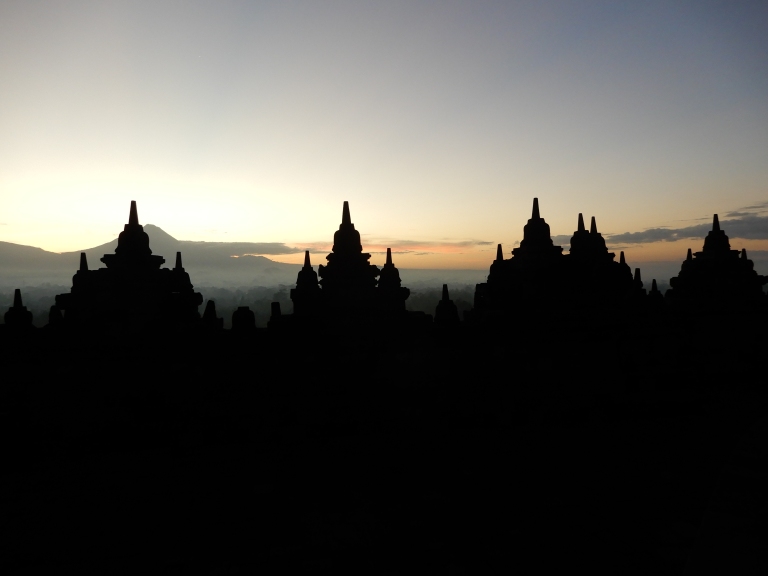 But the worst was yet to come. ‘Then the rain came. It mingled with the ashes. It looked like snow and left a grey-white layer behind on the streets.’ It reminds me of the smog rain I have seen in my country before. But it wasn’t as harmless as snow. ‘My friend had a fish farm. All fish died. The toxic rain washed in their water. They had no chances to survive. The markets were closed, because they are open-air, and the ash rain was to harmful.’ No markets means no food supply. ‘Many restaurants even closed. I was at a certain moment at a KFC and I had to wait for hours to get served, because that was one of the few places still open. When it was finally my turn, there only was rice left.’